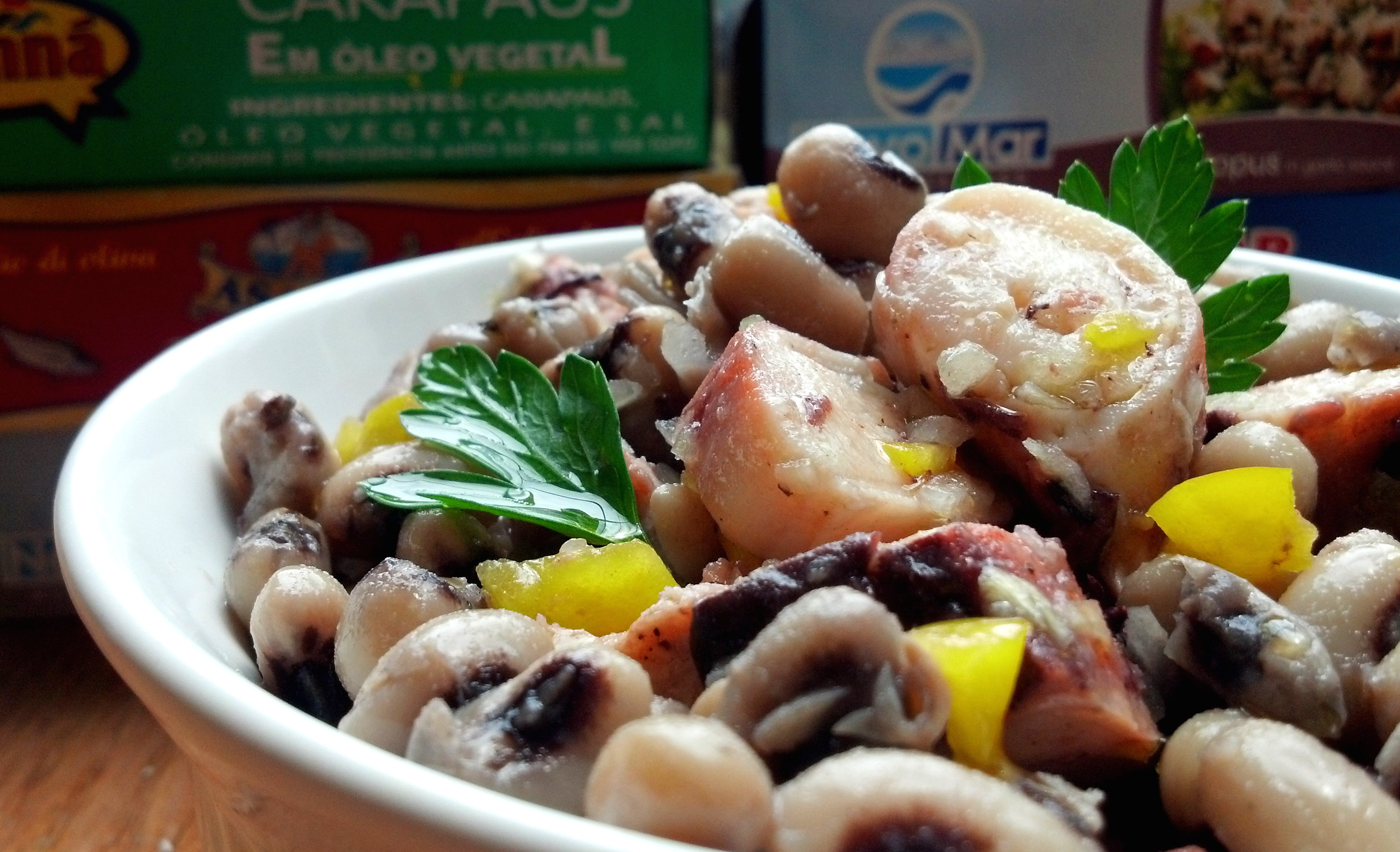 When suddenly canned seafood became trendy in Portugal, I couldn’t help but have mixed feelings about it. On the one hand: I was thrilled for the producers and its supporters as well as proud of the industry’s ability to reinvent itself. But on the other: I thought, duh only now? And, will it last? I had a similar reaction to the “nose-to-tail” movement in the U.S. In part, it’s somewhat empowering to know that you were aware of the greatness of these “discoveries” way before they became trends. However, it can also worry you that like with most fads, this too will come and go.

The popularity of canned seafood in Portugal hit its peak a few years ago when Anthony Bourdain visited Lisbon’s hole-in-the-wall bar, Sol e Pesca, which has released a cookbook on canned seafood recipes.

My mixed feelings were also likely fueled by the fact that trends irk me in general. They always feel too cliquey—even when I identify with them! My rational side realizes trends shine a light on new ideas and help reignite passions for established products. The latter applies to canned seafood in Portugal; in my opinion an undeservedly overlooked product before its recent “gourmetification.”

Another reason why I probably felt so conflicted about the whole thing was that it made me emotional. Silly, but I couldn’t even really write about this until … well … now. When my family shuffled back and forth between Portugal and America in the ’80s and early ’90s, often times, all we could afford was canned seafood. Back then, canned seafood was considered a “Poor Man’s Food”—there was nothing trendy about it! Budgets were extremely tight, so my mother had to get creative at dinnertime. But not with a tuna sandwich, as one might expect—instead she concocted elaborate meals out of these tinned treats. One of my favorites was a potato salad-like dish with tuna. The other was tomato rice with tuna and black eyed peas with tuna. Let’s just say we ate a whole lot of canned tuna! With her special touch for seasoning, everything was delicious. And later in life, when we could afford to eat more expensively, I would find myself craving these meals. Even after we officially returned to America nearing my tweens, my favorite after-school snack was a Portuguese roll stuffed with a mixture of mayo, minced onions, parsley, vinegar, black pepper and Portuguese canned tuna (which is more flavorful than your ordinary can of Bumble Bee tuna) that my mother whipped together for the week.

Years later when I left the house, I began to experiment with my own canned seafood recipes. And these days, I continue to enjoy cooking with Portuguese canned seafood, which brings me to this post’s recipe—Octopus Salad with Black Eyed Peas (Salada de Polvo com Feijao Frade). One of my favorite Portuguese appetizers is Octopus Salad, and as a meal, Octopus Salad with Black Eyed Peas. However, it’s not every day that I come across whole octopus in U.S. supermarkets. And, it’s not every day that I feel like slaving over a whole octopus, waiting 45 minutes (it will go faster on a pressure cooker, but those things scare the sh*t out of me) for it to boil to make my salad. That’s when our tinned treats come in handy. For this salad, I picked up my canned octopus at Seabra’s supermarket where they usually carry other Mediterranean brands, too, including some whose distributors actually use Portuguese product. We would love to hear where you get your canned seafood, and specifically if you can find Portuguese versions, so that we can share on the site.

This challenge, trying to find quality canned Portuguese seafood in the U.S., brings us to my final beef with this trend—knowing that there are top Portuguese brands that I’m not getting my hands on over here! But beggars can’t be choosers, so the selection at Seabra’s will mostly have to do for now. I was satisfied with the octopus I purchased there by the brand “NovoMar.” I opted for the octopus in vegetable oil so that other flavors, for example garlic-infused, wouldn’t overpower the fresh ingredients I planned to use to liven up my dish.

Give this fresh Octopus Salad Recipe a try! These are simple Portuguese fish recipes that will ease you into autumn while still feeling warm under the summer sun!