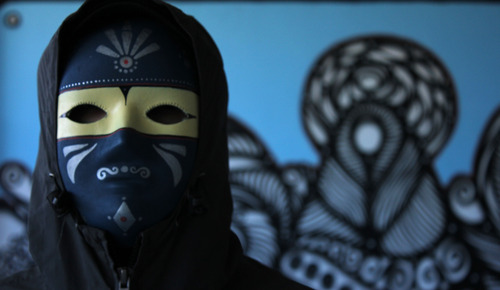 Enchanting, mystical, charming…these three words perpetually fall off my tongue when I describe the city of Porto. It’s a city that holds a thousand secrets etched on porcelain tiled buildings and abandoned romantic gardens teeming with flowering camelia trees. It’s a city where a 102 year old grandmother draped in black will smile broadly as you pass by, oblivious to your “foreign” appearance; or where young teenage boys will respectfully part their testosterone filled wave of jostling in order for you and your mammoth stroller to pass.

However, what truly makes Porto unique is its architecture. Never has a city whispered so many stories, or expressed such unique personalities, through its concrete walls. And though many of Porto’s buildings have been abandoned for decades, their charm shows just as brightly as it did when the first stone was laid. The detail and artistic expression put into their creation is baffling, and with the recent revival of the city, these structures are slowly breathing new life once again.

In part, this newfound revival is thanks to some ultra talented street artists who’ve made it their mission to bring Porto’s rich art culture to the forefront. Using nothing other than an arsenal of aerosol sprays, they’ve created a patchwork of color across Porto’s city-scape.

Street art is an umbrella term defining art work created outside of the context of a gallery and in public locations, and which is generally unsanctioned. First gaining popularity in the 80’s during the graffiti art boom using aerosol spray, street art uses a larger breadth of mediums including: LED art, mosaic tiling, murals, street installations, wheatpasting, woodblocking, sculptures, sticker art and yarn bombing.

To walk the city and stumble across a piece that’s vibrant, interesting, thought-provoking or simply fun to look at, brings an enormous smile to my face. It can make a dull surface come alive, breathe passion back into an abandoned structure or simply beautify a street corner. I see it as a necessity, a means for locals to express their creativity, their voice, all while providing the neighborhood color and a youthful vibe.

Mind you, I’m in no way condoning mindless tagging, a destructive form of graffiti that is merely about the tagger and not about the community. While street art tries to enhance the neighborhood, tagging destroys the urban landscape. It’s the difference between talent and machismo.

Street artist, Hazul Luzah (a pseudonym), is a local Porto native with insane talent. Young with a slight build, he comes off as a gentle soul with a serious passion. With over 60 pieces displayed throughout the city, you don’t have to go far to encounter his bold geometric patterns of native masks, tropical birds, mountain wrapped eggs and the madonna herself. In fact, he’s working on a map for tourists to find his work.

“As a child, I saw the outside of my apartment building as a large canvas. Similar to a kid who pins up posters across their bedroom wall, I used the exterior of our building as my creative outlet, my bedroom wall.”

Starting in the world of tagging, Hazul slowly moved up the latter of complexity until 2008 when he left his mates to start an adventure on his own. “I wanted to create art work that people could derive their own meaning from; pieces that are internationally relevant and contextual.”

For me, his art work has been an exciting addition to the city, a means to liven up those very same enchanting buildings that were left to crumble. With gentle sloping lines, bright colors and celtic designs, Hazul’s work has created a patchwork of color, a treasure hunt for the artistically inclined. “I’m used to my paintings being erased sooner or later. The ideal situation is that the piece is destroyed once the building is renovated. To keep a building unoccupied for the sake of a painting is ridiculous. Let the buildings breathe again.”

His work has become so well known that companies have been eagerly sought out his work. Last year, FAP Wines launched their Giroflé Espumante Bruto with his design, and Your Guesthouse Porto has just recently commissioned a piece in their front entry. Very soon, you can even catch Hazul in process on TEDx Porto’s website.

Mind you, he’s not the only street artist in Porto. Mr. Dheo is one of Portugal’s best know graffiti writers, as well as a street artist. Like Hazul, Dheo’s passion ignited at a very young age when he encountered graffiti in a rap video. With its larger than life size and color, it was a natural fit for his style.

In a 2013 interview with Global Street Art, Dheo spoke of a rare gallery exhibit he permitted on the condition that it was seen outside, on the Porto city streets. “I was more interested in bringing graffiti itself to a place like this than to actually showcasing my own artwork. That was honestly secondary. So I mixed some old stuff I had with new stuff, trying to make them work together by bringing to the gallery the reality that I, and the other local writers, live here. I wanted people to understand that we have talent, that we have been invited to paint in many countries and that we are successful and most people don’t realize it.”

What I find fascinating about both artists is that their vision appears to derive from a very similar well. Recognizing the exceptional artistic talent bubbling from the streets of Porto, they are distinctly aware of how difficult it is to make a name for yourself when neither your government supports you, nor does the outside world recognize your existence. Hence, you play a game of cat and mouse, how do I help both myself and Porto create a name for itself, while illegally creating art work to enhance the city?

Looking outside my own office window onto a gray cement cooperative, with as much visual appeal as the inside of a cardboard box, I ache for the day that I can have these artists beautify my street corner, bring color and light to my day.

Porto is a beautiful city with exceptionally beautiful people who are teeming with talent. It’s only a question of utilizing this talent, exploiting it to the world. Maybe in the near future, these street artists will be celebrated for their work, encouraged to use their own talent and vision to help enhance an already stunning city.