To Kiss or Not to Kiss: Top 10 Tips for Greeting Fellow Europeans 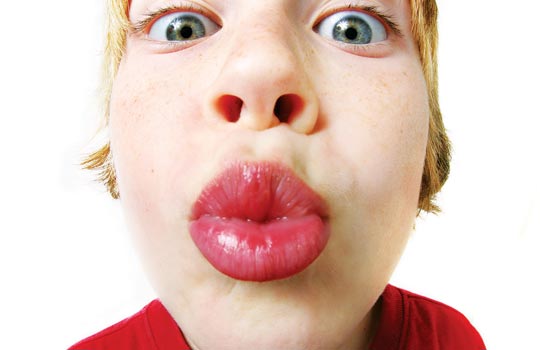 When we first moved to Spain, many moons ago, we arrived green and naive. We never jumped on Wikipedia to research the plight and suffering of the downtrodden citizens under General Franco, nor did we study the diverse and regionally specific foods and wines savored throughout the peninsula. We were ignorant of the various languages and subcultures vying for national and international recognition, and we never once thought that relationships would be formed over the course of 4-hour lunches. With only a few months to pack our gear and fly over the big pond, Ryan and I hit dusty Spanish soil with very little understanding of the culture and its people. And although our approach allowed us to be very open-minded in our experiences, little did we know that as a result of our ignorance, we found ourselves in some rather uncomfortable situation. Case in point: finding myself unintentionally lip-locked with winemakers when caught unaware as to regional greeting habits.

And don’t think for a single moment that I’m alone in this bemusing faux-pas. After interviewing wine professionals across Europe who have traveled extensively, both men and women alike have walked away flushed crimson with embarrassment when a simple hello turned into a momentary courtship.

Hence, what I would like to provide you are my personal top ten pieces of advice to help navigate the rather unpredictable cultural landscape of salutations. Each of the tips is accompanied by a quote taken from stories shared with me from wine professionals throughout Europe; however, they are general tips that can be applied to various situations.

Note to self: Please take the “suggestion section” with a healthy grain of salt.

Greetings can take many forms, but there is nothing more universally appreciated than an attempt to engage someone in their native language. “A trick to engage someone [in Greece] is to use some Greek words, even just a basic Kalimera (good morning) or Kalispera (good evening) will work wonders,” says fellow Greek, Markus Stolz.

Suggestion: For those of you who are currently breaking out in hives, panicking that you’ll butcher said language into a mangled pile of unrecognizable verbal goo, rest assured that you’re far from a pioneer. Many before you have mistakenly mispronounced greetings such as, “Calimari” for “Kalimera”, leaving your new Greek friends looking rather befuddled at your greeting of “Fried squid”! No harm done, though, and generally, a good laugh will be had by all. The key to success is through practice, and well…failure. So keep at it!

After verbal greetings, the handshake is by far the most common form of greeting among both males and females in Europe. This is especially true for the first meeting. “In England, adults, across all levels of society, handshake on greeting and on parting. A small digression here. I read an interesting book on body language, which included handshakes: UK is a brisk couple of shakes, American is a long pump-action that can be disconcerting to Brits and Europeans who want to get on with life, German is a single hard downward yank.” This is worthwhile advice by Kathryn McWhirter & Charles Metcalfe who are not only British natives but well-versed in international wine travel.

Suggestion: My advice is to go for the firm grasp instead of the wet noodle handshake. I would rather put my hand on ice after having it broken in 15 places than feeling as if I just shook hands with overcooked udon. And if you’re wondering whether Obama had any impact in spreading the fist bump throughout Europe, the answer would be emphatically, no! Though the secret handshake is making a fabulous comeback. Just remember, go into every handshake with strength and confidence.

There are many places throughout Europe that a kiss on either cheek is common when greeting one another, particularly after the first meeting. In Spain, Portugal, and Italy, for example, it is common to brush cheeks and make a kissing sound – though if the mood strikes, don’t be surprised if lips “magically” find their way on bare cheeks. Paris based Per Karlsson suggests that “in France, the lips never (never!) touch anything, nor cheek, nor lips. You touch cheeks and make a kissing sound!”

Suggestion: Remember that the air-kissing sound should never make someone fear that an industrial-sized vacuum is about to suck their brains out, nor should it be reminiscent of a nail gun. Between both extremes lies the perfect auditory pitch to make your new international friend come back for seconds.

If a culture embraces kissing as a form of greeting, one of the most difficult lessons is to learn how many and to whom! “In the south of France, where I live, it’s three, in Burgundy, the Jura and Paris (Bordeaux and Champagne too, I’m sure) it’s two. In some regions just outside of Paris, the number is four!!? That is exasperating as by the time you are done you practically have bruises on your cheek,” says Amy Lillard of La Gramiere.

Suggestion: Never feel embarrassed to simply ask, “So…are you more of a double kisser or are we aiming to break the Guinness Book of World Records here?” And for those of you who walk away with rather unsightly black and blue marks from people not abiding by the “no touching” principal in the last lesson, never hesitate to reinvigorate those rosy cheeks by drinking some Iberian wine. You’ll be amazed at the results!

Just to make your life more difficult, if knowing how many kisses, and to whom, in which culture, is confusing enough, try remembering what side to start on! In Italy, you start right to left, but “…in Portugal, a woman usually adds a quick kiss on both cheeks (from your left to your right), but if you already know the person for a long time, a kiss and a quick hug will do the trick, ” says Jose Eduardo Silvia of Cortes de Cima.

Suggestion: Though there is a push to have the EU regulate the side for which one starts the kissing process in Europe, it has yet to gain traction. In part, this is because there is a certain strategic advantage in keeping the surrounding countries in the dark as to which side you’re going to start on. So rest assured that everyone else is as confused as you are. Pick a pattern and stick with it.

6. Embrace Your Metrosexual Side

There are countries, and regions, throughout Europe where men greet one another with kisses on either cheek. “Unlike Portugal, Italian men kiss between them. This was a teachable moment when an Italian guy in the US suddenly started kissing me. I was so shocked that I stood speechless for several seconds,” confesses Oscar Quevedo.

Suggestion: I’m sure you all realize that this norm was actually devised by hot Italian women who wanted their men to sympathize with their suffering when brushing up against scruffy, unshaven beards. So when you men walk away red, irritated and wishing for a bottle of cool Aloe Vera, know that females internationally are smiling with a secret vengeance. And remember, if it’s good enough for David Beckham, it’s good enough for you.

Ironically, the number one situation where I find myself completely at a loss is when meeting a fellow expat. I’m generally the idiot who usually kisses when I’m supposed to hug, hug when I’m supposed to kiss, and shake hands when a wave is sufficient. “Sometimes if an expat meets another expat, it’s hard to gauge the correct number of kisses. If one wants to kiss more, just go ahead. We usually laugh about it afterward!” says Thomas Perry.

Suggestion: Regardless if you’re meeting a German in Spain, a Spaniard in Norway or a Norwegian in France, be prepared to make a complete ass out of yourself no matter what you do.

As a general rule, women have the universal power to dictate proximity. “The woman has to take charge to avoid any awkwardness…In Europe, I don’t have many problems. I usually kiss women and shake hands with men, especially in Southern Europe where a misunderstanding is common (heard of Latin lovers?). In Northern Europe, I just shake hands, period! In the States, I shake hand first and then I usually get “grabbed” at the end for a kiss,” admits Evelyne Resnick.

Suggestion: I have no idea where men learn the sly handshake to kiss maneuver, but I’ll admit that I’ve fallen prey to it every time! Women, watch out! If a guy looks suspiciously like John Travolta in “Staying Alive” and they start with the “innocent” hand extension, immediately thwart them with a curtsy. They’ll never know what hit them.

As much as I would love to tell you exactly what to do in each and every situation, greetings can vary depending on one’s age, class, culture, region or personality. Hence, I prefer to take Wink Lorch‘s advice, “This is not an exact science at all and I’ve learned not to be embarrassed because I often get it ‘wrong’ and in the end, it doesn’t really matter as long as you smile.” Beautifully stated and completely accurate!

Suggestion: As much as you should be sensitive to cultural norms realize that we’ve all unintentionally made out with our new international friends. Simply look at it as the beginning of a beautiful friendship.

10. Come Experience the Art of Kissing in Portugal and Spain!

If you’re needing a fantastic excuse to practice nonverbal communication in Europe, why not join us for a fabulous food, wine or cultural experience!

Book your holiday in Portugal or Spain Today!