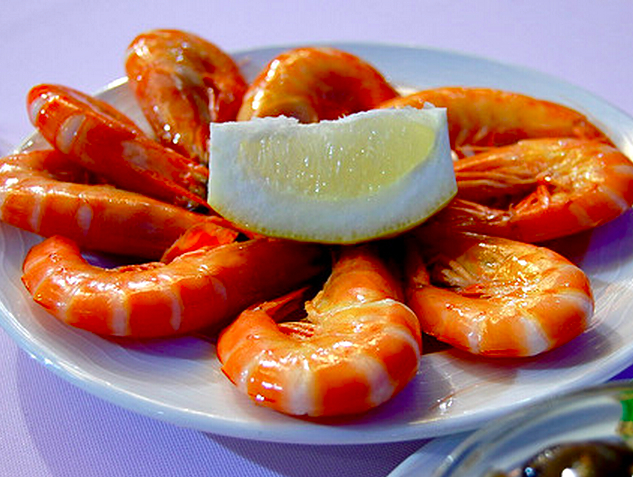 Editor’s note: In Part I, we quelled our ‘saudade’ with a trip to the seaside town of Setubal for its piscatorial delights, then journeyed to the countryside village of Monsanto for carnivorous temptations. In Part II, we go to the root of it, Lisbon, the capital of ‘saudade.’

In the Fado classic, “Cheira Bem Cheira a Lisboa” (Smells Good Smells like Lisbon) the song says the city smells of flowers and the sea. It does, but that’s not all. In the colder months, the air is perfumed with the scent of strong espresso escaping from the multitude of cafes onto the cobblestoned streets where it mixes with the aroma of roasting chestnuts. During the warmer months, grilled fish and pork take over the senses as street festivals prolong well into the last hints of summer. Grilled sardines served whole atop a piece of bread, takes center stage in Lisbon during the Santos Populares feasts in celebration of the people’s saints Antonio, Joao and Pedro. It is also customary to eat “Caldo Verde,” a kale soup spiced with Portuguese smoked sausage (Chourico), which despite the warm weather is welcomed as it generally cools down in Lisbon at night.

In June when we visited, we had a list-long of restaurants we wanted to try. I literally carried a red folder with me each time we headed out, which held in it all of the newspaper and magazine clippings, Google searches, and of course Catavino suggestions, that I had compiled over the last three years as I prepared for my much anticipated trip that this year’s timing allowed us to visit Lisbon during its most festive season. My list included top places, run by acclaimed chefs like Jose Avillez, who has gotten lots of play recently in the press, including “The New York Times,” “Food & Wine,” and was featured in Chef Anthony Bourdain’s “No Reservations” on his trip to Lisbon. I did visit some of these places…some I’ll have to save for next time. But what I was most excited about was the chance to partake in the annual street festivals that for years I have only experienced vicariously through the coverage of it on Portuguese television (Thank God for satellites). And partake we did. On June 12, the festivities were in full swing and Lisbon entranced my nostrils with the fishy fumes that smoked from the grills and seasoned the air. I was in heaven and the saudades were, at least for that time, fully quelled.

Thankfully, whole sardines from Portugal make it across the ocean, allowing us immigrants to recreate the festivities as best we can. At my local supermarket in Connecticut, Stew Leonard’s, we get them fresh from Portugal when they’re in season. Off season, we can find them frozen at Seabra’s supermarket in Newark, NJ.

The beauty in these sardines isn’t only in how tasty they can be, but also in how easy it is to make them. It’s an ideal, non-fussy meal for a hot summer day. But enough chit-chat, let’s get to the feasting:

During these annual festivities, the streets of Lisbon’s historic neighborhoods get seriously crowded. If you’re lucky (or know somebody), you’ll get a table, but oftentimes people will eat their sardines atop a piece of bread while standing. We were lucky to find a table where we enjoyed grilled pork cutlets called “febras,” which are different from the Portuguese “bifanas,” also pork cutlets but fried and tenderized in a decadent garlicky sauce that you can find throughout the country year-round (and which I much prefer over the sometimes tough and chewy febras).

Our sardines were served with a salad, which I couldn’t get enough of. It was so well-seasoned that I can’t get the taste of those large green tomatoes and smoky, charred flavor from the grilled green bell peppers erased from my food memory bank. Only thing to be careful of is ordering Sangria, ours was watered down and for me undrinkable. We stuck to the house red served in a ceramic jug—wonderful! To recreate this festive meal, get your hands on some sardines. If fresh, all you have to do is run them through cold water, pat dry and sprinkle with a generous amount of coarse salt. Get your grill on high and plop the fish (which doesn’t even need to be gutted or scaled) whole on the fire. Let it grill for about 7 minutes each side. If you’re using frozen, allow to thaw and then follow the same process. If you don’t have enough time to thaw, run them through cold water, sprinkle with the salt and just allow a few extra minutes on the grill. Their crispy skin will indicate they’re done (to me, that’s the best part). For the salad (which you should start building before grilling the fish), char the bell peppers either in the broiler or on the grill, and when the skin is somewhat toasty, remove and let cool. Then run through cold water, peel the pepper, cut in half and remove the seeds. Cut into strips and mix with tomatoes, white onions and lettuce. Season with coarse salt (to taste), extra virgin olive oil and red wine vinegar and serve with the sardines and boiled potatoes if you wish to include.

A Soup for the Soul

Like “saudade,” our kale soup (Caldo Verde) is second nature to all Portuguese. During the feasts in Lisbon, there’s no right time to eat a bowl of this soulful soup. Though at the start of the meal might not be a bad idea to prepare your stomach for the night of …ahem… heavy drinking. It’s also a lovely end to the festivities when you need to sober up and warm up. However you like it, there’s nothing to making it. Boil potatoes (about five medium potatoes, or as much as you would like) and peeled garlic cloves (an entire head). Once boiled, puree (I use a hand blender) and add a little water if too thick, otherwise leave as is. Then add your packaged pre-shredded kale (Portuguese supermarkets will have this. About 1 ½ pounds) or buy kale and shred it thinly. Let boil for two minutes and turn off. The kale should remain toothy. Add salt to taste and thinly sliced Chourico and a string of extra virgin olive oil. (Note: chances are the soup will thicken once cold, but once you heat it up again it’ll get most of its broth back. If not, add a little bit of water.)

But if you can’t make it to Lisbon during its most festive time of year, there’s always simple food to enjoy year-round. There is one place that has become a must-visit every single time I return. I was introduced to Café Beira Gare by my cousins (Catia and Ruben. Love them for many reasons, but this is certainly high on the list). It’s smack in the middle of the landmark Rossio Square and across from the historic Rossio Railway Station. The setting alone is priceless. It’s got a greasy-spoon quality, though not entirely gritty, and gets packed with tourists and locals alike. The menu favorites are their “Bifanas” (those savory pork cutlet sandwiches that are a Portuguese staple, and that you know by now that I enjoy so much) as well as fried turnovers of all kinds stuffed with a variety of fillings, everything from shrimp to suckling pig. Devilish!

It was also in this raucous restaurant where I downed tall glasses of icy beer and peeled away large whole shrimp. Like in Setubal, these shrimp had their heads intact, and every time I wrapped my lips around them and slurped, out came bursts of sea saltiness. Though I relish Portuguese seasonings and sauces, harmony happens when they simply boil their shellfish. There’s no cocktail sauce or anything—just the crustaceans’ juices and the ocean in each bite. Sometimes I can get my hands on imported shrimp at Portuguese supermarkets in the U.S., like Seabra’s in Newark, NJ, but it’s hit or miss so I have to work with what I have. That usually means no heads, a bummer. If you can find shrimp fully intact, even better, if not, look for the best quality shrimp you can find. Wash them, keep the skins on and set aside. For one pound of shrimp I filled a pot with 2 cups of water and a bottle of beer—the heavily hoppy, bitterish kind works for me, but it’s your call. Once it’s boiling add a teaspoon of red pepper flakes and handful of coarse salt (or to taste for both items). Note: dump the salt in slowly to avoid the water from rising rapidly. Then add the shrimp and leave the heat on high for a minute and then lower to medium and let cook for another minute. Remove the shrimp immediately and let cool. Serve warm or cold with lemon wedges. Nice and easy, just like the dog days of summer call for.