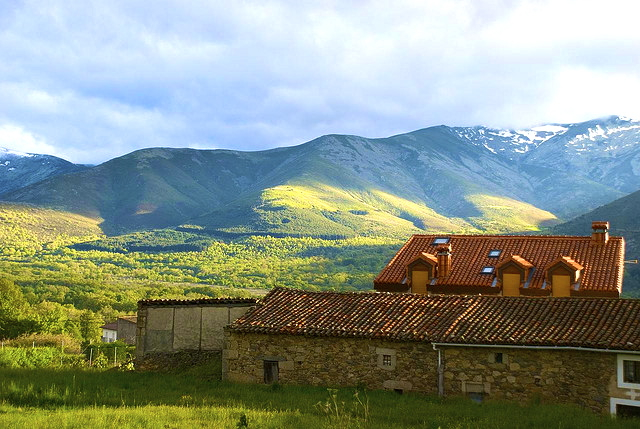 I have a guilty secret. I just do not get the excitement about Grenache and Shiraz. Blended together, or on their own, these grapes often seem too much of a blunt instrument to me.

That is not to say that I cannot appreciate that these are good wine grapes that have their place – of course I can. I even sometimes enjoy the wines made from them, but I hardly ever get excited at the idea of them, or seek them out.

This can sometimes be a problem in Spain. I love a good rosado and it is more normal for them to be made from Garnacha than any other grape – which is why I often look for Ribera del Duero rosés made from Tinto Fino, or Toros from Tinta de Toro and Utiel-Requena’s Bobal rosados.

It can also be a problem with affordable reds, this blinkered view of mine can make me wary, but not entirely dismissive of the delights of Aragon – whose regions of Calatayud, Campo de Borja and Cariñena all specialize in Garnacha.

I normally turn instead to Toro, Costers del Segre, or Monastrell from Jumilla for red wines that fit my mental picture of what I want. However, part of what I love about wine is its ability to challenge firmly held beliefs about my own likes and dislikes – passions even.

Well, recently I attended a tasting in London that was billed as being of Old Vine Garnacha .You can imagine how excited I was about going, but I am so glad I did as I was completely blown away by the quality and variation of the wines.

First off it was from an area that is completely new to me, around the towns of Cebreros, Navaluenga and El Barraco in the Province of Ávila and about as far south as you can get and still be in Castilla-y-León. In fact these towns form a cluster just to the south of the remarkable walled city of Ávila and some 25 miles due west of Madrid – just outside the Vinos de Madrid D.O..

The area is the beginning of the Sierra de Gredos, or Gredos Mountains, which splice Spain’s central plateau in two. To the south, you have the plains of La Mancha, while to the north, the more temperate region of Zamora famous for growing grapes and wheat for hundreds of years.

The Gredos landscape is very beautiful but with a wild feel to it – very different from the rolling hills and neat manicures of wealthy, already successful wine regions. However, grape growing and winemaking here is not totally going against nature – the altitude, 800-1100 metres above sea level, helps attain elegance and balance in grapes that can otherwise seem clumsy.

The soils help too – arena, is granitic sand whose loose particles drain efficiently which helps create concentrated fruit – as does the fact that the soil absorbs heat, so helping the ripening process.

There is also the pizarra soil, which is a mixture of schist – decayed slate as found in the Douro – and quartz. Schist always seems to me to create a wine with minerality, it also holds and imparts heat to the vine, so helps ripening. In addition it has virtually no nutrients in it, so causes the vine to struggle and work hard – this helps develop complexity and concentration in the fruit.

I often wonder what the quartz brings, I have read and been told by several growers that quartz is especially good as it retains and gives off heat, so helping ripening. I used to believe this until I walked on Clearwater Beach in Florida. The car’s thermometer said the outside temperature was 115?F or 46?C, so I was expecting my feet to blister, just as they do in Spain when walking – more hopping from bit of shade to bit of shade really – on the beach. All I know about quartz is that Clearwater Beach is made of it and even at that temperature it is cool when you walk on it in bare feet, no running or hopping is required. So, from my own experience I assume that quartz cools soils down, extends the ripening process perhaps and helps elegance.

History has not helped wine here though. It is not a rich place, this is countryside where historically the wines were just part of life – not something to sell to the wealthy. As a consequence these wines got left behind by fashion as Spain got richer. A Spaniard recently told me that there are only 3 wines in Spain – Rioja, Cava and the wine of your own village and that is very true.

Not being famous has also given them problems. Spain has a lot of vines and big wine production and in the past much of it was dilute and unremarkable. In a bid to reduce yields and improve quality the EU paid people €1 a piece to uproot vines. This well meaning policy backfired as it was not the bulk producers of La Mancha who grubbed up their corporate vineyards, but the farmers with ancient vines in the hard to work Sierra de Gredos. We are lucky that any vines survived the triple attacks of phylloxera, changing fashion and well meaning bureaucracy, but luckily some have and many are around 100 years old.

So left behind had the region become, that the area has no Denominación de Origen, apparently because the locals could not agree on a single name – none of them wanting another village’s name to appear on their label! So the wines are sold simply as Vino de la Tierra de Castilla-y-León.

However, it has taken someone with vision to come along and not only see the true potential of this wild region, but to make it happen. That visionary is Daniel Ramos who is a Spaniard who was born in Australia and saw the region through the eyes of someone used to places like the Barossa Valley. Of course he could not take a region like this by the scruff of its neck all on his own, Ruben Diaz is a kindred spirit and although they make their own wines, they constantly taste together and exchange ideas.

Do not be fooled by the the humble official status of the wines, these are true garagiste wines, hand made using natural methods and on a tiny scale. The growers are real mavericks and passionate winemakers who are determined to create great wines from this land that has been overlooked by history, but whose worth they can clearly see.

They have not just championed Garnacha either, the local white speciality grape is the Albillo or Albillo Real. It is a constituent of Vega Sicilia, but I have never knowingly had it on its own before and I found it thrilling – as I increasingly do find Spanish whites.

Just 15% of Abillo blended with Sauvignon Blanc made Daniel’s 2008 Zebroreros Vienzo Zehyros an intriguing and delicious wine, while his hugely impressive and characterful 2009 Vino Precioso is 100% Abillo fermented and matured in (old) 500 litre French oak casks. Both these wines are stunning, but even added together there are only 2183 bottles – so they are never going to be cheap.

However, as they say in Spain, ‘Si no es tinto, no es vino’ – if it isn’t red, it isn’t wine, and it is the reds that are the speciality here.

I tried 8 red wines from this amazing wine region, all made from Grenacha. Not only Garnacha Negro, Garnacha Gris gets a look in too, as does the more esoteric Garnacha Peluda – or Hairy Grenache. So good was the quality, that 5 of the wines received scores of 90 or more out of a hundred.

The stand out wines for me were Ruben’s 2008 Arrebatacapas and Daniel’s 2007 Zerberos Arena. Both of these showed that wonderful and elusive combination of power, finesse, elegance and balance and reminded me of the some of the wonderous wines made by the biodynamic enthusiasts and followers of Gérard Gauby in the similarly wild and mountainous Calce in France’s Roussillon region.

If you like big, tasty, but elegant and superbly balanced red wines, then do try one from the Gredos area – on this showing I would say they are amongst the best Garnacha wines from Spain.

More information on how to try these wines is available from New Spain Wines. 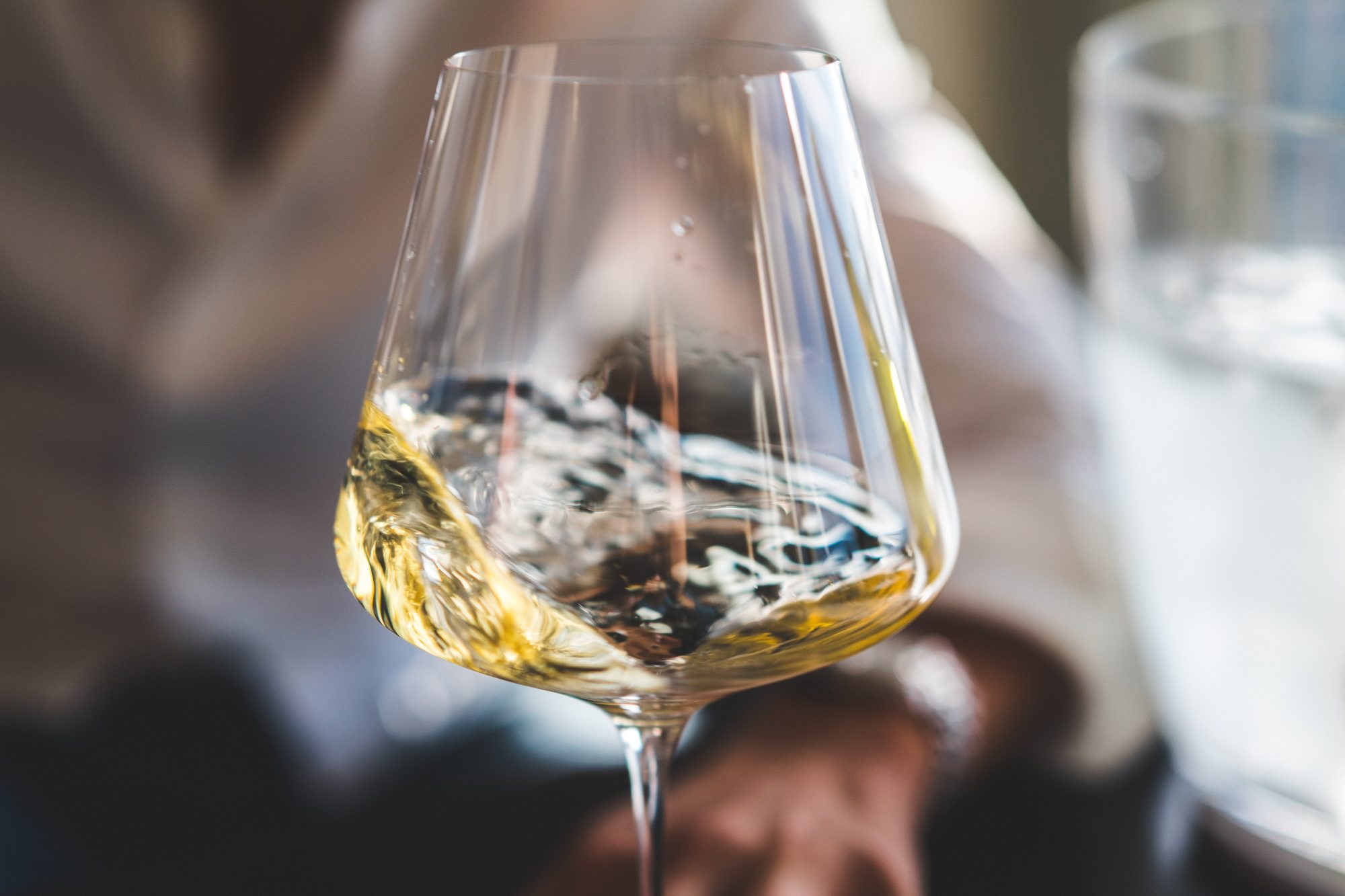