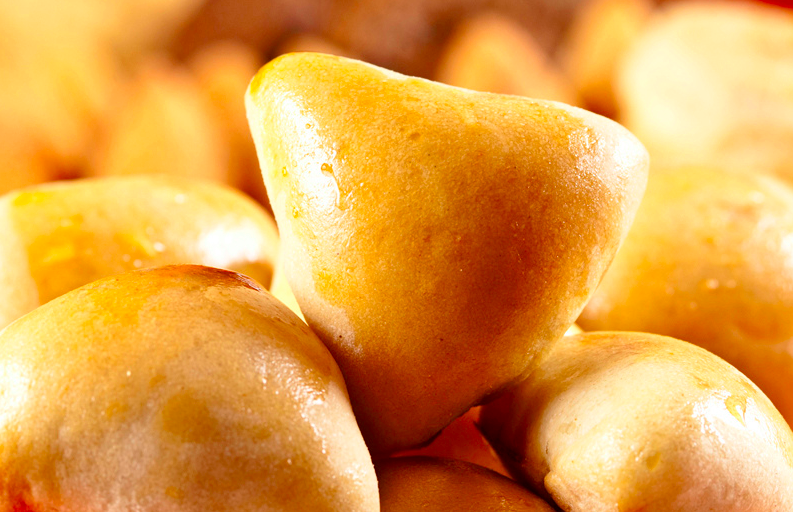 We’re back with Part II of our three-part series on the undiscovered food gems of inland Portugal (read Part 1). With a mix of goat, sheep and bovine herding, as well as hunting, meat dishes in the heartland region of Beira Baixa abound! Yet, there are also fertile rivers to dive into for fish and an entire world of greens that would make any vegetarian feel right at home, too.

Let’s sink our teeth into these wholesome meals:

Take the train or drive through this area and you’re bound to run into herds of goats and sheep crossing ancient streets or lazily grazing vast fields. Both are vital to the area’s prized cheeses, and they’re also a key ingredient in various traditional dishes. Goat is my favorite! In the mountains of Oleiros, there’s the medieval-era recipe of roasting a whole kid called Cabrito Estonado. Goat stew, the “Chanfana de Cabra” (or, cabrito if using kid) is a must with tenderized meat that turns to butter. You’ll also find “Cabrito Assado na Brasa,” kid barbecued over sizzling coals. The ultimate goat delicacy is the “Maranho,” goat stomach stuffed with a variation of ground goat meat, rice, onions, bacon, paprika, parsley and mint. It’s a surprisingly light dish! (Photo by Leandro Godoi)

Everyone knows Portugal’s sweet side – just mention the Pastel de Nata (egg custard tarts)! But if you’re a savory tooth like me, you’ll quickly find out that salty snacks, Salgados, are just as abundant and everywhere! There are fritters stuffed with potato puree and cured codfish (Bacalhau), fried pockets plumped with shrimp mousse, meat croquettes and empadas (not to be confused with empanadas). The Portuguese empada is a miniaturized version of the country’s Pastelões, akin to England’s Melton Mowbray Pie but with softer, flakier crusts and multiple fillings. The most famous empadas are from the Alentejo and Beira Baixa’s capital city, Castelo Branco. The Alentejo version is made with hen or chicken and cured meats – Empada de Galinha or Frango. The Empada de Castelo Branco, however, is made with veal and pork. Both versions are topped with a pastry lid, similar to a pot pie. In the Beira Baixa, you’ll also find Pastel de Molho da Covilhã, a filo pastry stuffed with ground meat braised in onions and bay leaves. This pastry is traditionally served nestled in a broth infused with saffron, vinager and parsley (not all places serve the broth). It is believed that the pastry was invented in the 1920s by busy factory workers who wanted to save time on meals by making batches of these pastries that held up for weeks. Once added to the broth, the pastry broke apart and resulted in a hearty, satisfying meal. The use of filo dough and saffron are traces of the Moorish (Medieval Arabs) occupation of Portugal and Spain.

Most rural families (mine included) raised poultry (aves) as well as rabbits (coelhos); therefore, roasts and stews using these meats are quite common. Look out for “Arroz de Pato” (duck rice). Beyond the coups, however, the area also boasts a hefty repertoire of game meats. During hunting season, restaurant specials might feature hare meatballs (Almondegas de Lebre); wild boar stew (Ensopado or Chanfana de Javali); and pickled partridge (Perdiz de Escabeche), to name a few. Year-round, though, you’ll see dishes named to pay homage to the hunter e.g. à Caçador (in the style of the hunter). The meat used in these recipes may not necessarily be wild, it’s simply the name adapted to the stew over the years. One of my favorites is Coelho à Caçador, a succulent rabbit stew that’ll make you want to soak an ENTIRE loaf of bread in it. (photo by Ricardo Bernardo)

Rivers are Fertile with Fish

Home to picturesque river beaches, this area’s clear waters aren’t only scenic but fertile with trout, lamprey, shad and a variety of other fresh water fish. Order the Savel sem Espinhas, shad steaks that have been marinating in vinager, garlic and salt, then rolled in flour before frying in olive oil. The fish is topped with caramelized onions and served cold a couple of days later. Trutas de Escabeche (pickled trout) is given a similar treatment using the pickling sauce of Escabeche, popular in both Portugal and Spain. Once the trout is fried, it’s layered with onions and sauce in an oven proof dish to roast. Traditionally, t’s served cold with boiled potatoes. Lamprey stew is another favorite of Portuguese river communities. The lamprey’s blood and red wine are key ingredients to the success of the sauce, which here is finished with parsley and cilantro and served with plain rice. Though not from the river, Portugal’s “faithful friend,” the Bacalhau (cured codfish) shows up regularly on menus here just as much as anywhere else in the country. In the Beira Baixa, it’s an opportunity to fuse a love of veggies, cured meats and olive oil to create Bacalhau à Assis, shredded cod pan fried in olive oil with caramelized onion, red bell peppers, cured ham, straw potatoes and carrots with a finish of egg wash and parsley.

Vegetables are In Their Roots

Growing up, one of my favorite meals was slices of frittered eggplant (Berinjela) paired with tomato rice. I didn’t know it then, but turns out that my mother was recreating a peasant meal from this area, where root vegetables were an inexpensive solution for poor rural families struggling to put fish and meat on the table each night. Frittered pumpkins show up too, as well as in soups and puddings (Pudim de Abóbora). Yet one of the most celebrated root vegetables in the Beira Baixa is the Cherovia, a type of parsnip that is lightly boiled in salted water, then thinly sliced and coated with an egg and flour pulp before hitting the fryer. In the fall, the city of Covilhã comes together and dedicates an entire festival to the Cherovia. The fall is also Miscaros season, meaty mushrooms that are stewed with potatoes called Caldeirada de Miscaros, infused into rice or scrambled with eggs. It’s safe to say that vegetarians would be happy here!

Soups are Cause for Celebration

With appearances on menus across the globe, Caldo Verde (kale soup) of the North, is hands down Portugal’s soup ambassador. Yet there’s a ton more soupy goodness to explore, and the Beira Baixa is one of the best places to do it. To withstand harsh winters blown down from the mountains, the folks in the here learned to make the heartiest of soups inside cast iron caldrons nestled into their fireplaces. Combine the smokiness imparted on the soups from the cast iron and fireplace with the freshest of ingredients (everyone grew their own greens and many still do) and you had soup for the soul. These soups are also simple examples of the hybrid-ness of this cuisine with a fusion of herbs that outside these recipes are individually associated with either the north or the south. Legumes soups are terrific here, like Sopa de Favas (fava beans) – a potato, onion and cilantro bisque finished with creamy fava beans and olive oil. Look out for watercress (Agrião) soup too, and one of my favorites, pumpkin (Abóbora) soup with rye bread croutons. There’s Sopa de Peixe made with a medley of river fish as well as Caldo da Panela with ties to the Matança (pig slaughter). An all-day affair, this last soup serves as two meals. In the morning, red kidney beans are boiled in an olive oil broth packed with pig’s ear, snout and cabbage. At lunch, these ingredients are eaten sans the broth – that’s hardcore country right there! At dinnertime, the reserved broth is enlivened with mint and rice/pasta and eaten as a soup. Visit in May for the annual soup festival! (photo by liz west)

Now that we’ve savored the sultry and delicious main fare of rural cuisine, continue on to lick your lips with the sweetest part!

Hungry to get to the heart of Portugal and dig into a world of unique eats loved by locals but undiscovered by everyone else for centuries? We can get you there with a customized tour of the hidden food gems of Portugal.