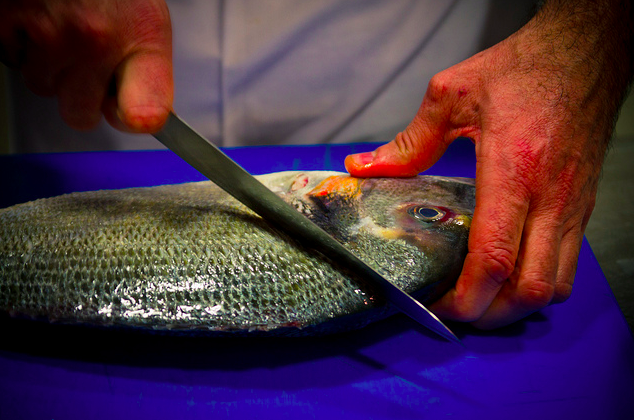 One of the top culinary experiences in Portugal is hands down devouring Portuguese fish. Whether grilled, roasted, stewed or fried, Portugal’s coastal geography—half of this tiny country is on the Atlantic—has molded its people into sea life gurus (there are also river fish; we’ll explore another time). Pair this fish knowledge with the diversity of sea creatures in Portugal’s waters, and a foodie can spend her whole life discovering something new on her plate each time she returns to the country. Despite the diversity in Portuguese fish and seafood dishes, the top fish experience is definitely grilled.

This is called “Grelhado na Brasa” (grilled on hot embers). The hot embers are in part the trick to ensuring Portuguese grilled fish is oh-so mouthwatering. Grilling it over hot embers, rather than over fiery flames allows the fish to cook thoroughly without drying while creating a charred coating, instead of burning the delicate skin quickly before the meat is ready. The right amount of coarse salt is key as well—the Portuguese have a knack for salting their grilled fish perfectly.

Instead of “Grelhado,” you might also encounter “Assado na Brasa,” but the word “Assado” can be applied to other methods of cooking as well when paired with the word “Forno” (oven), for instance, turning it into oven-roasted. Interestingly, the man behind the grill is called an “Assador.”

There’s also “Grelhado na Chapa,” which means grilled on the griddle, an entirely different experience. Since the grease doesn’t drip into the fire and instead stays on the griddle, it results in a somewhat fried fish.

When it comes to grilling on the “Brasa,” smaller fish like Sardines (Sardinhas) or Mackerel (Carapau) are usually cooked intact. But for larger fish like European Seabass (Robalo) or Gilthead Bream (Dourada), which pose the threat of undercooking inside but burning on the outside, the Portuguese turn to the beauty of butterflying. This is called “Peixe” (fish) “Escalado” (butterflied). On menus, you’ll usually see the name of the fish e.g. “Dourada” and then the technique “Escalada(o).” These fish meals are served with boiled baby potatoes (skin on) and drizzled in olive oil, garlic and dried herbs. A salad of tomatoes, onions, smoked bell peppers and lettuce is normally brought to the table as well.

As the name suggests, the butterflying technique means splitting the whole fish into two parts that remain attached and can be laid flat on a grill. This practice was born in the fish houses of coastal Portugal in order to churn out whole grilled fish more rapidly. Without this technique, large fish have to stay on the grill so long that they’re at risk of drying up. Unless stuffing them, smaller fish do not benefit as much from this technique, given that to retain their moisture it’s necessary to keep them intact.

You can ask your fishmonger to butterfly the fish for you—or if you’re feeling hands-on, here’s how to do it yourself!

HOW TO BUTTERFLY FISH 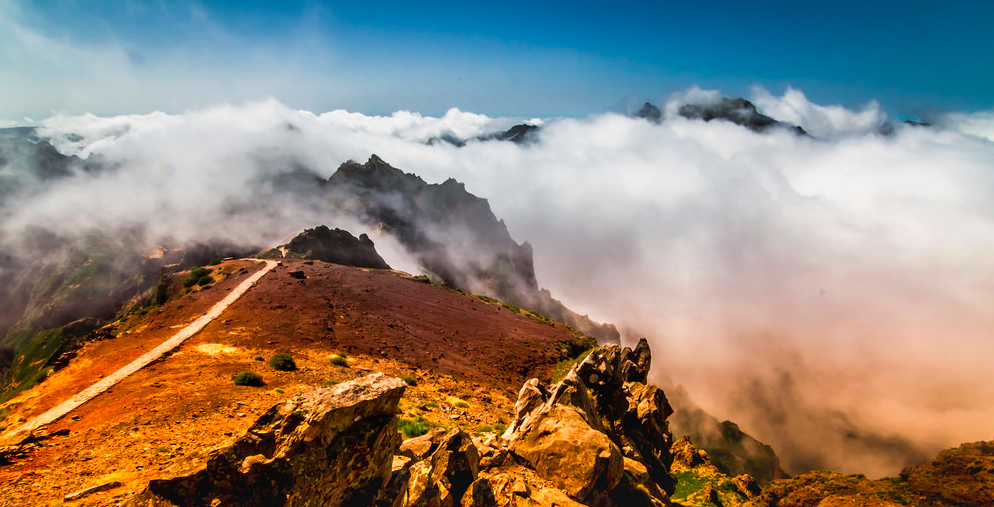