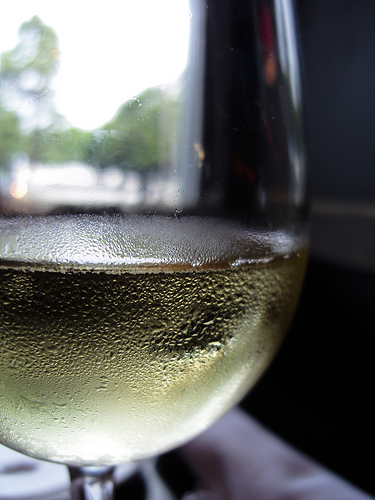 Editor’s Note: If you remember, a little while back, Ryan reviewed the book “Valencia, Land of Wine“, written by Joan C. Martin and translated and edited by John Maher. While, in Valencia, we asked John how he felt about writing the occasional piece for us on Valancian wine, being our resident expert and all. And to our great surprise, he agreed. You’ll see from his elegant prose and witty humor that our choice was a good one! We are very happy to have him join us and suggest you check out his profile on our “About” page for more information.

That said, his piece today is a request on my part to have him share his knowledge on the native Valencian grape, Vernil, as a reaction to a rather blah experience we had while in Valencia. Although Vernil had a nice aromatic nose, we found the palate to be a touch empty, lacking in both body and acidity. So I tried to do a little research on the grape to see if others were having the same experience, when I came across John’s description of Verdil on his website, Wines of Valencia. The proverbial light bulb went off, and it suddenly occurred to me that there would be no better person to tackle this subject than John.

John, thanks and welcome aboard!

The wine reference books I have to hand don’t have much to say about the Verdil grape. The Oxford Companion to Wine says it makes a rather neutral wine in Yecla and the southernmost part of Valencia, while my much-thumbed Dictionary of Drink says incorrectly that it is grown in the Alicante region. The truth of the matter is that this was a grape that was rapidly disappearing – in the mid-90s less than 10 hectares remained. Whether there is any Verdil in Yecla I can’t say, but the back label of the bottle I just opened (Bodegas Enguera Verdil 2007) has what for my money is the real story a native Valencian varietal only found in the locality of Fontanars dels Alforin, which is in an imposingly broad valley 600 metres above sea level in the very south of the Valencia province just before it meets Alicante, where the soil and climate conditions are exciting quite a few people. The label might have added that the hero behind the last minute rescue is a particular winemaker from Fontanars, local star Daniel Belda. He is one of a host of winemakers of his generation determined to introduce international varieties while also taking the wines of their region as far as they can go. Metaphorically speaking, Belda shook his leonine locks, took off the grape’s spectacles and whispered, “Why, Miss Verdil, but you’re beautiful”. And she is. She may not win some of the international beauty pageants dominated by cartoon curves and collagen lips, but the light golden colour, fresh apple fruit and gentle viscosity of this wine when treated well have heaps of charm, and at 3.50 euros or so the Enguera Verdil is a cheap date, too. I don’t have any of Daniel Belda’s Verdil in the house, but if you are ever lucky enough to have a glass of good Verdil in your hand, you should take a moment and silently honour him.

Clearly, there is a huge effort to save indigenous grapes, which we support immensely, but if the grape isn’t worth making wine from, should we make wine from it anyway even if it doesn’t produce a worthwhile wine?

Photo credited to by basheertome