How I became a Knight of the Port Wine Brotherhood 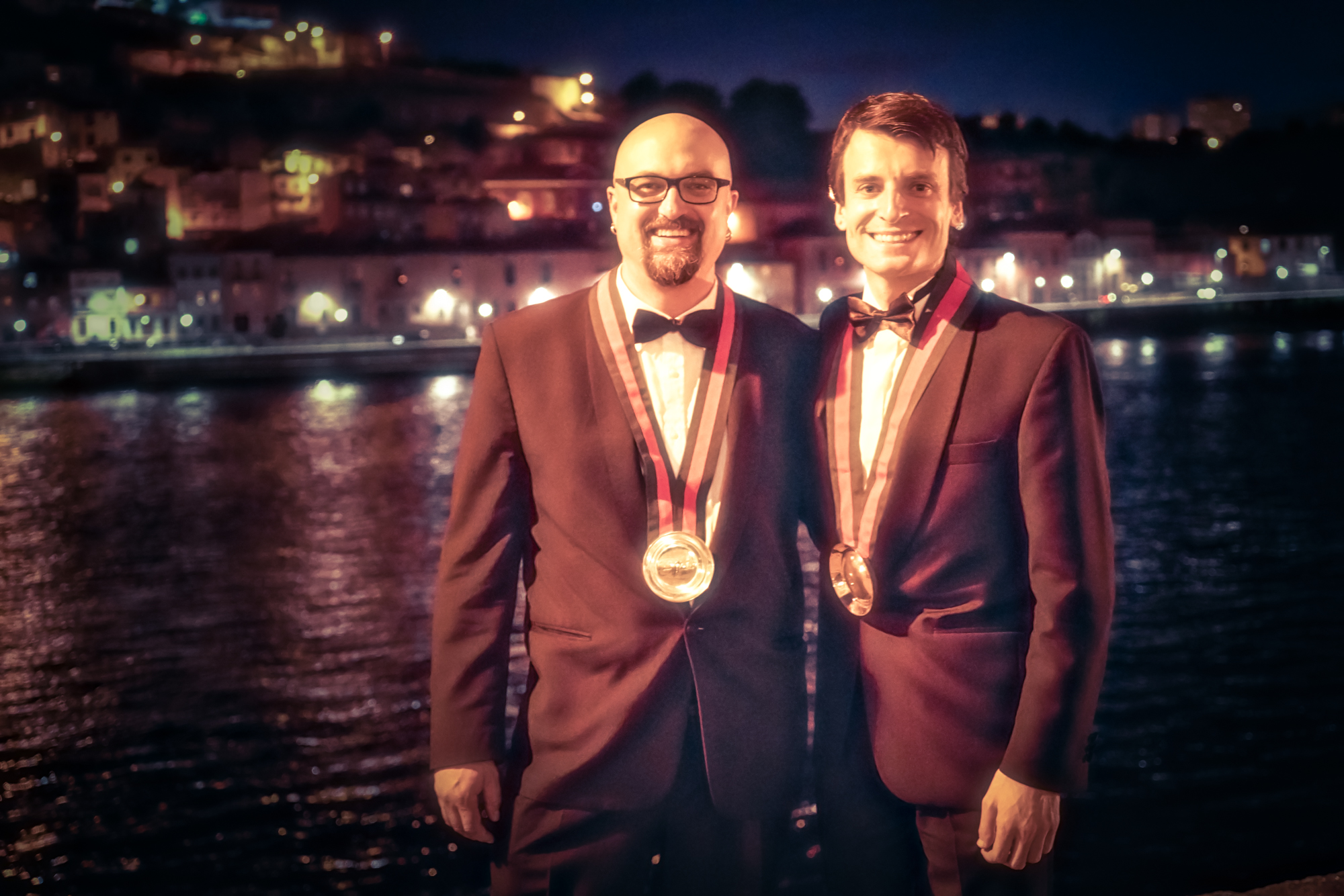 Recently, I was enthroned into the Confraria do Vinho do Porto (Port Wine Brotherhood) as a Cavaleiro (Knight) in “recognition for my dedication and service to Port Wine.” Understandably, I was incredibly honored, but my invitation also came with several questions as to what exactly occurred. For this reason, I wanted to share a short explanation of what the Port Wine Brotherhood is and what the enthronement means to me.

The Port Wine Brotherhood was established in 1982 with the mission of promoting Port wine as well as recognizing those that work to share their passion for Port wine both locally and abroad. From their website:

“Established with the statutory purpose of communicating, promoting and reinforcing the worldwide reputation of Port Wine, the Confraria do Vinho do Porto welcomes into its midst persons who carry out a professional activity in the making and exporting of Port Wine, as well persons who, by their deeds, reputations, or standing make a significant contribution to the image and knowledge of Port Wine.”

Mind you, brotherhoods are not unique to wine in Portugal. There are brotherhoods for many things including: traditional pastries, cheeses, meats, rice and various other gastronomic products – all with the intent of bringing greater awareness to said Portuguese product worldwide. While some brotherhoods are quite old, born of guilds and other associations, others are new and help regions/products to preserve their identity in a world where tradition is often pushed aside in exchange for ease, price and convenience. So how does the brotherhood work? It highlights those who work in Port Wine companies and acknowledges those who promote Port Wine such as journalists, retailers and advocates.

Based on your classification, the confraria then bestows a specific title. To be clear, brotherhood is only the official title, there are definitely some of sisters in the ranks as well. To be nominated into the brotherhood your name needs to be put forward by a member of the brotherhood. Only people with the rank of Mestre can nominate a new member and each new nomination needs to be approved by the other Mestres, or more correctly, not objected to. My ‘sponsor’ was Oscar Quevedo from Quevedo Port Wine, a good friend who I am very honored to have nominated me.

On the night of the induction, the new brothers are given various accouterments to denote their rank. All Mestres and Expertos wear (from the website):

The Confrades Honorarios (Honorary Brothers) wear a bright green and red ribbon from which hangs the Tambuladeira (tastevin), and the ranks of Cancelário and Infanção are presented with the cape and hat. The attire is obligatory whenever representing the Confraria. When you’re inducted, you walk up to the podium and are donned a cape, hat or Tambuladeira based on the category you are invited to join, after which you sign a book and receive your ‘diploma’ signed by the Chanceler and Almoxarife.

Beside the handful of special events you’re invited to the real benefit is the respect and recognition of fellow Port wine lovers; the acknowledgement that you contributed in some small way to help Port wine become better known and loved. Port wine has defined so much of my life. From that very first moment my grandfather shared his adventures tasting old Ports in Portugal, I have wanted to come to Porto to see and taste it for myself. When I found the chance to live here and raise my son in the heart of Port wine country, I felt like I had won the lottery.

Port wine is a special drink. Something that is truly hard to describe until you visit Porto, and more importantly, the Douro Valley. Living here in Porto, I have come to love this historic beverage more than I thought I ever could. Whenever I find myself driving up the Douro with a new client and showing them Portuguese wines they’re unfamiliar with, I witness their own passion grow. It’s addictive, which is why I love guiding! I can never recreate my first time when my jaw dropped at the Valley’s intensity, but I can re-experience that moment in the eyes of all those I bring here. I’m honored to be a Knight of the Port Wine Brotherhood and will continuously work hard to uphold the oath:

“I swear to give my support to the confraria, and to continue fighting for the honour of Port wine”