Part 1: An Ode to My Three Grandmothers and Their Portuguese Stories 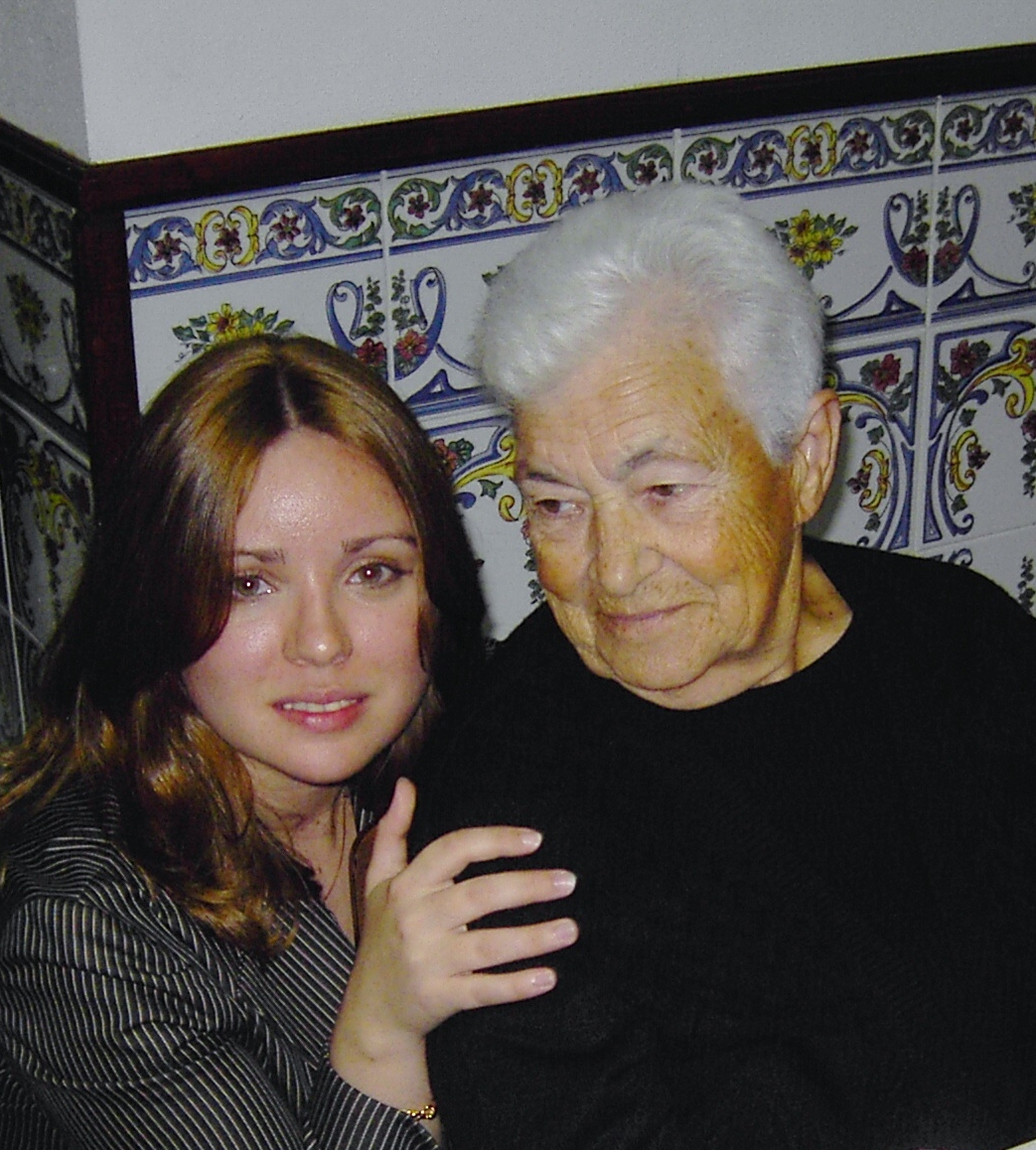 Editor’s Note: In this three-part series, Sonia shares memories of her three grandmothers in Portugal. How they influenced her curiosity about the country and its culture—in hopes that they’ll also inspire you to continue exploring Portugal, or discover it for the first time.

I’m fascinated by the stories of women’s lives—especially the stories of my three grandmothers. All three had lives rich in the kind of material great movies and literary works are made of. Why did I have three grandmothers and not two like most people? It’s a long story … But to simplify, I had two paternal grandmothers (“Avo” in Portuguese). There was my biological Avo Ermelinda, and the woman who raised my father, Maria Jose (Avo Maze for short). And, there was my maternal Avo Isaura. None were winemakers or crack cooks—I take that back, I hear my Avo Ermelinda was quite accomplished in the kitchen in her heyday. But I wasn’t fortunate enough to have enjoyed that side of her, another long story …

In December, my Avo Maze passed away at 91. She was the last of the three to go—the final page in the grandmother chapter of my life. Though these three women didn’t influence my passion for cooking or wine, they certainly impacted my life in ways they never realized.

When Catavino’s kindhearted Gabriella heard that my Avo Maze had passed, she encouraged me to write about it. “An Ode,” she suggested. In the spirit of Valentine’s Day this February, I’ll call this a love letter to my grandmother instead. In fact, I’ll make this a love letter to all three. It’s also my way of sharing with you some of the places I associate with them, packed with that very Portuguese sentiment of “saudade,” a yearning for something we no longer have. And as we like to say in Portugal, “Oxala” (in hopes that), you’ll be influenced and inspired to create your own saudade of Portugal.

In part, my love for Lisbon (my birth city) stems from my Avo Maze. From visiting her apartment (she rented a room there) in the Bohemian/historic neighborhood of Bairro Alto where she moved to after her return from Angola following Portugal’s Carnation Revolution in the mid-70s (Angola is where my father was born and where their story began), to having “um bitoque” (a thin steak in a savory sauce accompanied by French fries and a fried egg) in a nearby boisterous “tasca” my father always took me to after we visited. These days I couldn’t tell you if that tasca still exists, but you can have a bitoque in just about any restaurant in Lisbon and anywhere in Portugal. I would call it a comfort food. Some good choices in Lisbon would be Pinoquio in the Praca dos Restauradores.  Or, try a likely less pricey option at Beira Gare across from the historic Rossio train station. Rossio Station was recently named one of the best train stations in the world as part of New York City’s Centennial celebration of Grand Central Terminal. Sao Bento station in the city of Porto was also named.

On sunny days in Lisbon, it was a real treat to stroll along Rua Augusta with my grandmother, where the Arc of Triumph is the doorway that leads to the city’s emblematic Praca do Comercio ( a.k.a. Terreiro do Paco) and the beckoning Tagus River. My first ride on the Santa Justa Elevator  was with my Avo Maze. At the top there’s a café and you can see all of Lisbon, including the Castle of Sao Jorge and the terracotta rooftops that I like to imagine were woven over time to create a quilt intended to connect the city’s people through a lively orange fabric.I don’t ever recall eating at a restaurant with Avo Maze in those days—money in Portugal during the 80s was quite as scarce as today, a reason why many people migrated to America during that period, my family included. She would, however, buy me ice cream or a pastry, and then at home make the only one of two meals I ever remember her whipping up for me. Steak with Spaghetti (Bife com Esparguete): Not exactly what comes to mind when you think of traditional Portuguese food now is it? But believe me, it’s common in many Portuguese homes. It’s the kind of meal Portuguese mothers whip up for dinner when they’re not in the mood to fuss. The kind of meal nearly every Portuguese kid enjoys as much as American children enjoy a hamburger and French fries.

Down the road, my grandmother and grandfather moved to the outskirts of Lisbon in Vialonga, more precisely the “bairro” of Fonte Santa where my parents had a home. By this time, I was about 19. When my younger brother and I visited on summer break, Avo Maze welcomed us with his favorite food, and the only other memorable meal I associate with her. She made fried chicken. No breading, just chicken deep-fried until the skin was crispy and crackling.

My Avo Maze also influenced my love for Portugal’s national song, Fado, and its greatest ambassador the late Amalia Rodrigues, who my grandmother interacted with regularly while working in the Politeama theater in Lisbon where the Fadista performed. The sound of my grandmother singing softly to a Fado cassette (yes, a tape, remember those?), which I purchased when I was 21 or so, while historic-village hopping in the Beira Baixa region (where my Avo Isaura was born and my mother too) is the sweetest of memories. We sat patiently in my father’s rented car near the ancient village of Idanha-a-Velha as a shepherd crossed his large herd of sheep. By then Avo Maze had moved to Beira Baixa, to the village of Pedrograo de Sao Pedro where my parents have a home. When she could no longer live alone, she moved two hours north of Pedrogao (not an easy transition) to the city of Ovar to live with a longtime friend and caretaker. Even there, she unintentionally introduced me to new things about Portugal.

I had never been to Ovar. Sandwiched between the “Venice of Portugal” Aveiro and the birthplace of port wine, Porto, the coastline city of Ovar wasn’t even on my radar. My brief encounter with the city has left me wanting to explore more. It was in Ovar that I set out on an adventure to find “Pao de Lo de Ovar” filled with the area’s version of Portuguese “ovos moles.”

In Part II, I will share more about my hunt for Pao de Lo de Ovar as well as how Avo Maze continues to inspire my discoveries through Portugal. We will also travel through the countryside with my Avo Isaura. Part III is in development, but there will be a stop in Africa-influenced Portugal with my Avo Ermelinda and more.