Part III: An Ode to My Three Grandmothers and Their Portuguese Stories 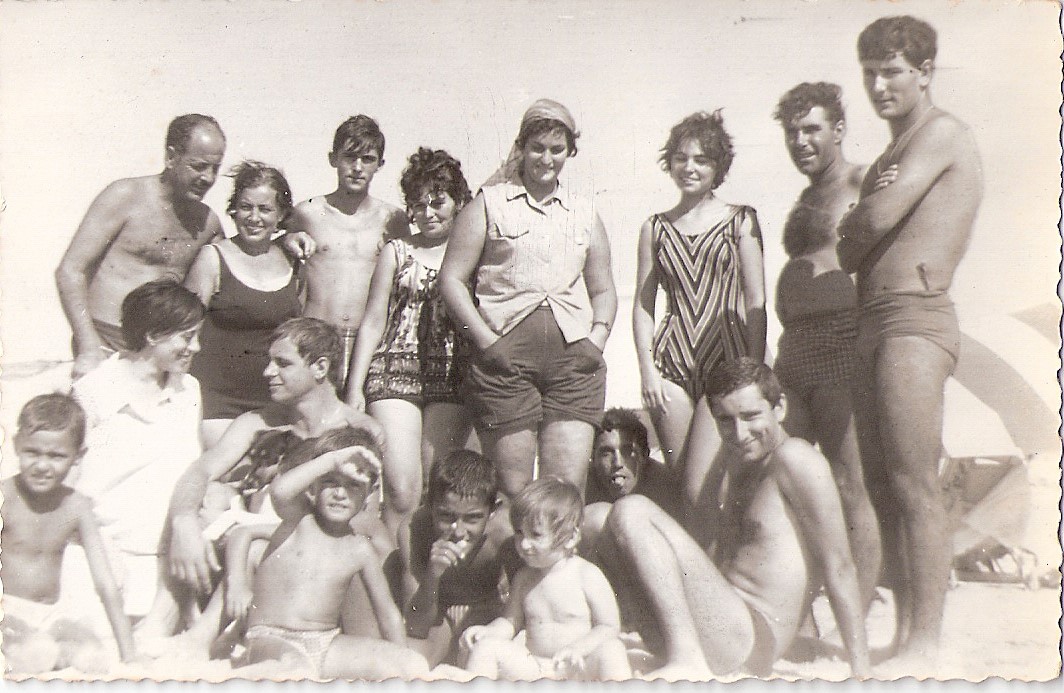 Editor’s Note: In this three-part series, Sonia shares memories of her three grandmothers in Portugal. How they influenced her curiosity about the country and its culture—in hopes that they’ll also inspire you to continue exploring Portugal, or discover it for the first time. Read Part I and II.

There’s always that person in your family that your parents insist you’re like, even if you haven’t had enough contact with that person to justify such similarities. I guess it’s in your genes? That’s likely the case with me and my Avo Ermelinda. A woman that inspires me in spite of the little time I spent with her. My parents are sure that my love for writing comes from her. She wrote poetry. She also loved Fado, but unlike me I hear she could actually sing it. They associate my passion for cooking with her as well, though I can’t ever recall eating a meal made by her. I like walking around the house wrapped up in a blanket, apparently she did too. Things like that.

The last time I saw Avo Ermelinda I must have been about 17. I was spending a few days with my uncle (my father’s younger brother) in a section of Lisbon called Ajuda, home to the Ajuda National Palace. My grandmother had moved to a place not too far from his apartment. She bought me a blouse, which I still have even though it doesn’t fit me anymore. I probably keep it because it’s the only gift I ever remember her getting me. Throughout those 17 years, I didn’t see her much either. She did make a couple of trips to America to visit us when I was around eight and nine, and I did spend a few weeks in her apartment in Lisbon one year. At that time, she lived in a residential area of the city called Lumiar, which I haven’t returned to since I was about 11.

I have come to terms with the distance between us all those years. I still don’t condone her choices, but as an adult woman now I think I can understand how challenging it was for such an independent woman like my grandmother to conform to conventional female roles at the time. Maybe that’s the reason why she had such a hard time accepting wifedom, motherhood and being a grandmother.  Not every woman has it in her and forcing it can only have negative results. Sadly, I’ll never truly know if that was her case. I’m merely deducing.

By the time I was born, my Avo Ermelinda (like all of my father’s family that had lived in Angola) had moved back to Portugal. She was considered a “retornado(a),” just like all of the other Portuguese people who had returned to Portugal from Angola after the Carnation Revolution in the mid/late 70s. But also like so many of those people, that label did not fit her. The word “return” misrepresented her, because she was actually born in Angola. In reality, she and so many others were really refugees. When you speak to people who went through that, they like to make that clear. My Avo Ermelinda was born in Angola to my paternal great-grandparents who had made that country their home during its colonial era. My great-grandfather (who I never met, but know from my father’s stories) was originally from the Beira Alta region of Portugal, where my visit to the city of Viseu is long overdue. Beira Alta is where the Dao wine region sits, another one of a series of good reasons to visit the area.

In Angola, my grandmother had her three boys—Antonio, Jose Luis (my father) and Rogerio. It was there also that she got divorced from my grandfather. By the time she arrived in Portugal, she was an independent woman in every sense of the word. Her situation was a contrast to most women’s lives in Portugal at the time, who mainly stuck to their traditional roles. Younger women, however, were starting to change. More and more were going to college, self-discovering and involving themselves in political protests. It would be remiss of me if I didn’t mention also that my Avo Maze, who was much older than Avo Ermelinda, remained single most of her life and only married my grandfather in her elderly years (she too was a rare bird). Despite the eventual evolution of women’s roles, back then the majority of women in Portugal continued to be conservative in their thinking. On the other hand, my Avo Ermelinda—whether right or wrong—loved to do it her way. In Angola, she had been a teacher for several years. In Portugal, she became a director for the board of education in Lisbon. She was a Bohemian of sorts living alone in the big city and a tarot card reader. She smoked heavily and drank lots of bicas (espresso). She had boyfriends and drove a brown Mini. She was stylish and social. And like so many Lisbonites during the 80s, she enjoyed vacationing in Algarve. It was there, too, that my Avo Ermelinda recited her poems at bars (something I learned from my older cousin Carla, who as a child had the opportunity to spend some time with our grandmother).

There is a great deal I would have liked to ask my Avo Ermelinda. Even the simplest of things, such as how to correctly prepare a “Moamba de Galinha,” an Angola-inspired chicken dish I remember having as a kid when my paternal family (my grandmother wasn’t present) in America gathered to celebrate their African roots. I bet she knew how to make a good one! I would have liked to have the kinds of conversations with her that I had with my Avo Maze, who always got passionately pissed when she recounted her first days in Portugal after Angola: “They called us retornados, but if it weren’t for the ones who went to Africa they wouldn’t know half the things they know today.” She cited “Churrasco” as one of the big food contributions the Portuguese people who returned to Portugal from African nations made to the country’s culinary repertoire. And it’s true, “Frango no Churrasco” is as common a takeout food in Portugal as pizza is in America. The most famous is “Frango da Guia” in Algarve. But you can find “churrasqueiras” serving this BBQ chicken dabbed with its signature “Piri-Piri” sauce in just about any place throughout Portugal. This is good stuff, and perfect for a picnic. In America, you can have it at Alfama restaurant in New York City or take your pick at the churrasqueiras in the Ironbound section of Newark, New Jersey.

Knowing that my Avo Maze had been close to my paternal family in Angola, I would turn to her for explanations about Avo Ermelinda’s familial shortcomings. Avo Maze would just gloss over them forcing me to let it go. It was sweet of her to protect me that way, but it just made me more curious… Currently, I’m watching a series called “Depois do Adeus” on the Portuguese channel (RTP International via satellite) about the “Retornado” experience. For the hour, I’m glued to the television in hopes that the show’s female characters reveal insights that help me understand my grandmother better …

Since Avo Maze passed away in December, my curiosity about my three grandmothers has increased even more so. What I find most ironic is that the grandmother who wasn’t my blood relative, somehow managed to be the bridge between my two biological grandmothers. Avo Maze lived across the street from Avo Ermelinda in Angola and practically raised my father. Many, many years later when Avo Maze moved to the Beira Baixa, she built a relationship with my Avo Isaura, and both shared a deep love for the region. How it all came full circle interests me. I see learning more about them as a way to learn more about myself. Pieces of each of them are sprinkled throughout Portugal and when I visit I catch glimpses of all three.

I’m hoping that the varied stories of Maria Jose (Maze), Isaura and Ermelinda have helped capture a bit of the diversity of Portugal, and planted in you a desire to explore more about the country and its culture. In celebration of Women’s History Month, I’ll cheer to the stories of women’s lives and my three grandmothers.