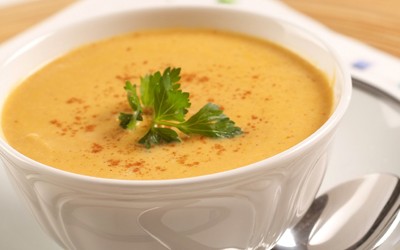 On my second morning in Portugal, my Tia (aunt) Lucinda asked if I wanted rabbit for lunch. I shook off the jetlag and tried to think straight before answering. Rabbit is one of my favorite meals, so it would be hard to pass up! But I would be leaving close to noon, which would mean … ahem … rabbit for a late breakfast.

Lounging in the room my aunt so carefully prepared for me, I grinned and answered: “Não Tia, só umas torradas e café.” I opted for toast and coffee instead. My aunt’s head suddenly peeked through the door contesting my choice.

“Don’t worry, I’ll grab a bite for lunch with Bruno (my cousin) before I get on the train,” I explained. It was my second day with family in the outskirts of Lisbon. That afternoon I would be heading north to the city of Porto. My aunt walked away disappointed, but accepted to my choice.

As I sat to devour toast made from crusty, country bread with globs of butter and a “galão” (a Portuguese latte), I asked if my uncle, Tio João, was joining us for breakfast. “He already had soup,” my aunt answered non-chalantely. I couldn’t help another grin, and thought, “of course he did.”
Though a good chunk of my family lives in the outskirts of Lisbon, most of our roots are in the countryside, specifically the “Beiras” region. Soup has always been a significant source of life for our elders, who as children worked sun up to sun down in the fields—and come rain or shine. Throughout Portugal, the love of soup is undeniable. Whether it’s at annual soup festivals or at shopping mall food courts, soups are heralded and everywhere! Open the fridge in any home, and you’re bound to see a Tupperware filled with it. Who needs cereal when you have homemade soup, right?

I returned to my aunt’s a couple of weeks later. With a little more time on my hands on this visit, she had the opportunity to feed me more! On the “menu” was one of my favorite soups, “Sopa de Feijão Verde” (string bean soup). One afternoon, my Tia Alice stopped by (my mother is one of six sisters). We started talking soup again, and she shared her recipe for one of my childhood favorites, “Sopa de Cenoura” (carrot soup).

When I paid a visit to family living in the countryside, my Tia Benvinda surprised me with two soup recipes I hadn’t come across in Portugal before: “Sopa de Pão com Água do Feijão” (bread soup with bean broth) and “Creme de Grão” (chickpea bisque). I was especially fascinated by this uber-peasant bread/bean broth recipe. The soup’s backstory was incredibly intimate and vivid. It conjured up images of my grandparents and their eight children crowded around the kitchen table on cold winter nights, almost entirely lit and warmed by the fiercest fireplace. The black cast iron pot my grandmother ritually used atop an open fire boiling up the beans, that when cooked were drained into a basin and reserved. My aunt abruptly stopped mid-recipe to assure I understood the value that water had to a working-poor family. “We couldn’t afford to waste anything, so the water was used for that night’s meal, to make the soup, while the beans were reserved to make other meals.” The bean broth was poured over layers of bread, sautéed onion and olive oil. And each bowl was graced with a droplet of beans; a favorite was black-eyed peas. My aunt paused and smiled, “Nobody went to bed hungry.” Their source of life, the almighty and hearty “sopa,” always came through …