The Olive Harvest in Portugal: A Delightful Aromatic Adventure 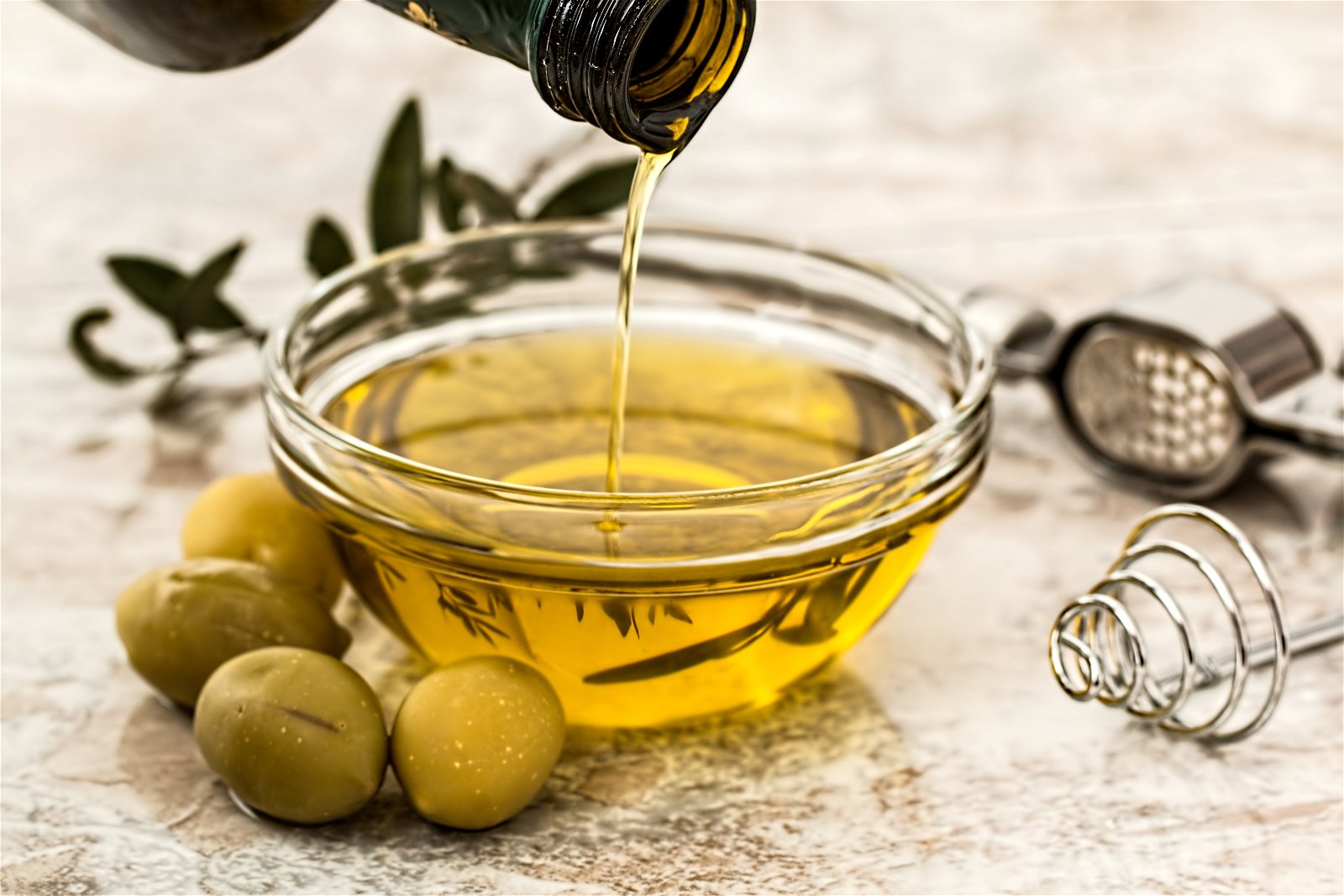 We had every intention of picking the olives from our modest but productive olive trees but being rather unsure of how to go about it we kept putting it off. It was late November in Alto Minho region, northern Portugal and every day we passed groups of people collecting olives. Often we would stop and watch the different methods; some climbed the trees and bashed the higher branches with sticks allowing the olives to fall onto tarpaulins arranged around the base of the trunk, others cut the upper branches and let them fall to the ground before hand-stripping the olives onto the tarpaulins or straight into buckets. Others still used sticks to beat the fallen branches or used a special tool rather like a wooden claw or rake to rip the olives off the branches.

The worldwide production of olive oil is dominated by those countries surrounding the Mediterranean and despite its relatively small size, Portugal manages to rank as the world’s 9th largest producer of olive oil at around 3250,000 metric tons annually. It is somewhat overshadowed by its larger neighbor Spain which enjoys the number one position with an annual production of 1.4 million metric tons.

Although Minho region is not among the six DOP (Denominacao de Origem Protegida) regions of Portugal – Trás-os-Montes, Beira Interior, Ribatejo, Moura, Alentejo Interior and Norte Alentejano – olive trees form an important part of the local landscape in this area. Olive trees line fields and vineyards and most small holdings will have a few wizened old trees in amongst the orchards and rows of vegetables. Olive trees prefer calcareous soils however they successfully grow on the thin sandy soils derived from granite, the predominant rock type here in Minho.

There are seven varieties of olives in Portugal with the most prolific being the Galega a small dark brownish-black olive. Galega olive trees are mainly grown for their oil however they also make delicious table olives. The olives have a sweet delicate fruity flavor in contrast to the green rich fleshy Spanish Manzanilla olives or the dark smooth meaty taste of Greek Kalamata olives.

When picking olives for pressing timing is key if you want to achieve the right balance between oil content and acidity (the darker the olive the higher the oil content but also the higher the acidity) so one afternoon we tentatively harvested olives from one tree by sawing off branches and ripping off the olives by hand into buckets. Needless to say, the wastage was high. Once we had collected the olives into buckets we spread them out on our balcony and painstakingly removed all the leaves and twigs. This took hours. Heavy rain showers then washed the olives clean. The next step was to find out where to take the olives for pressing.

Our neighbor Arminda came by with a bottle of bagaço, the local firewater and I seized the opportunity to learn where we could take our olives. She had already noted that our remaining olive trees were heavy with glossy black olives. ‘There is not a moment to lose’ she announced (or something to that effect). She would round up some helpers and return after lunch.

About mid-afternoon a team on a tractor turned into our yard and tarpaulins were spread about between the trees. Old João climbed up into the branches with his chainsaw and began slicing off branches. Those of us standing below scattered, dodging the falling branches. Once it was safe to do so we gathered up the branches and began stripping off the olives onto the tarpaulins. We then carefully lifted the corners and gently tipped the olives into buckets.

João meanwhile seemed to be getting carried away with his chainsaw and before long the olive trees were reduced to low stumps. There was some debate about whether he had gone too far but he was adamant that the trees would recover and new branches would soon grow. Vamos ver – we will see.

I was not looking forward to the next part – separating out the leaves and twigs. We loaded the buckets of olives onto the trailer and took them next door to Carolina’s yard with its large flat drying area typical of the quintas in this area. Here I fully expected to spread the olives out on the floor and spend the evening on this laborious task. However, a wooden contraption was dragged out from the back of a barn. It works like this; you pour the olives in at the top of the slatted chute and the olives roll down to the base while the leaves and twigs miraculously disappear through the gaps. The whole operation took about half an hour and after putting the olives into the regulation white sacks we were soon on our way to the local olive press.

We hauled our sacks of olives into the warm and clammy building and placed them on the scales. In the next room, there were huge circular steel presses squeezing crushed olive paste spread between circular hessian mats. We stood watching the dark reddish juice ooze out of the mats and into the channels. The oil was then separated out from the watery liquid by centrifuge.

The reward for our efforts? Well, from roughly 100kg of olives (taken from four trees) our share came to 10 liters of olive oil (the press kept the other 10 liters). We now have a row of recycled bottles in our kitchen filled with thick green fragrant olive oil or azeite, perfect for pouring over a winter diet of boiled cabbage and potatoes served, of course, with bacalhau. 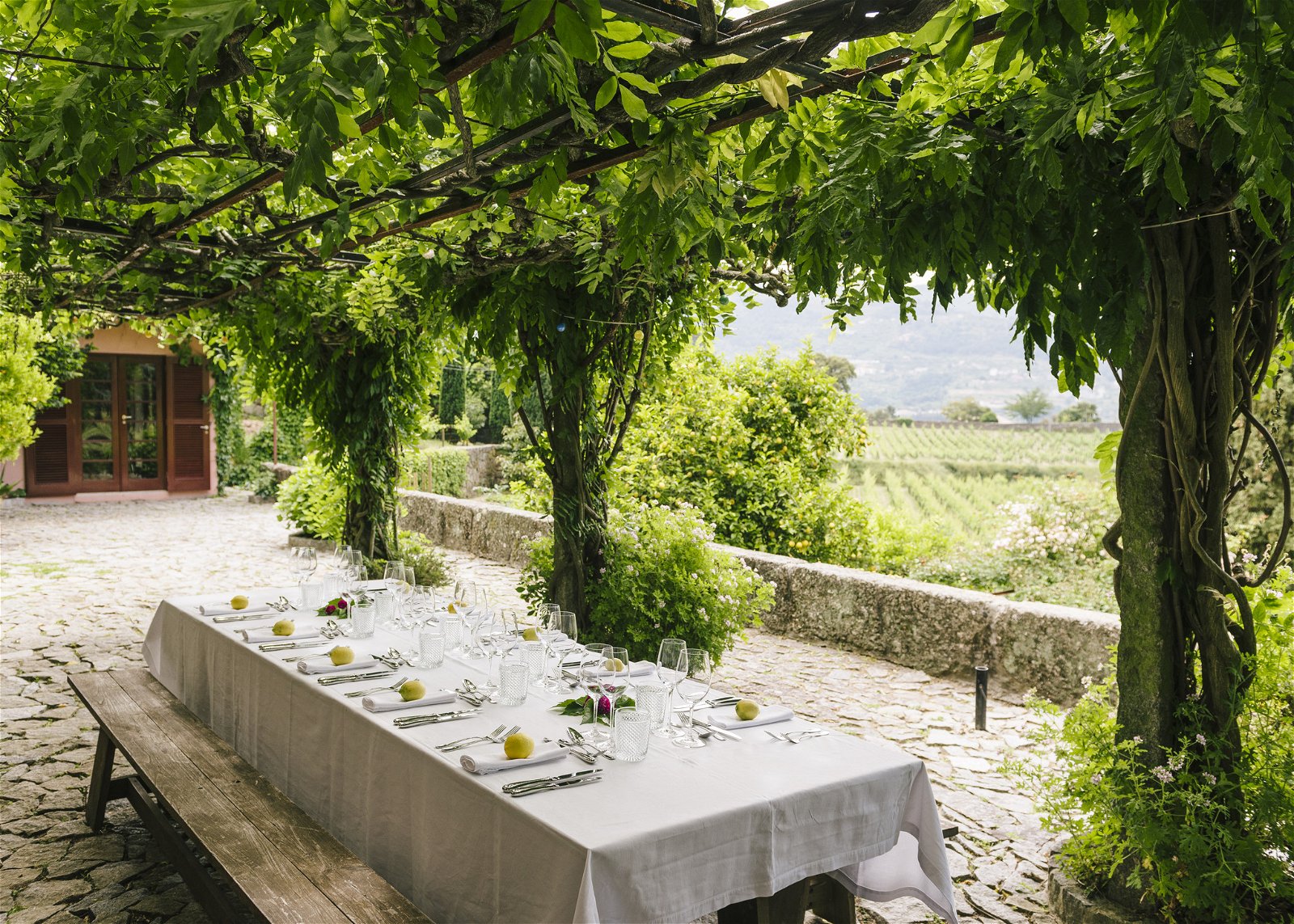 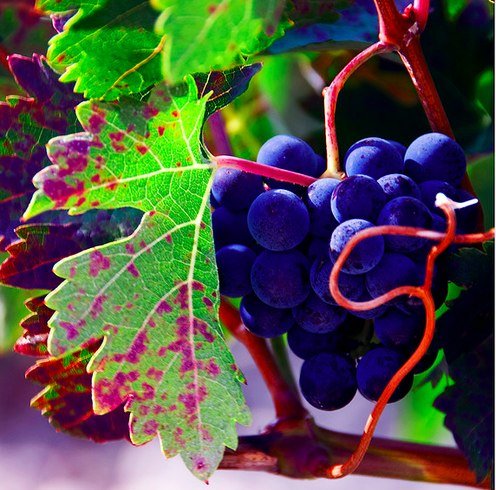