Portugal is a Small Package with Big Surprises 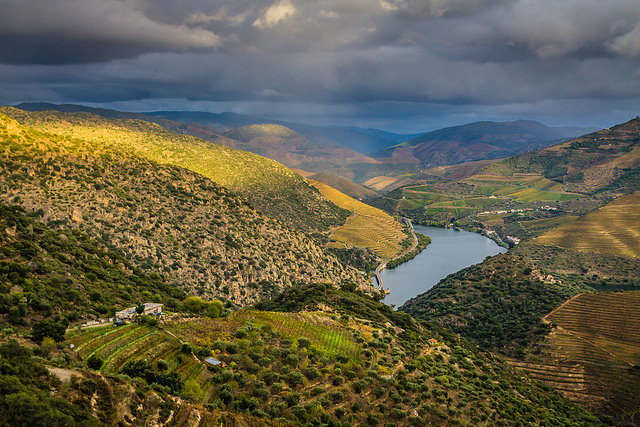 As I was nearing 16, I told my parents I didn’t want a big birthday party. I opted instead for a trip to Portugal—the best sweet sixteen gift I could ever receive. In college, I went so far as to turn down a trip to Cancun for a chance to explore historic Portuguese villages. There was no way around it, I was always dreaming of Portugal …

Why the obsession with Portugal?, I questioned years later. Is it simply because I have roots in this sliver of the Iberian Peninsula? That can’t only be it. I know plenty of people with similar backstories that are perfectly content with occasional visits. Me? I’m constantly longing to return. Maybe if I weren’t Portuguese I might more easily trust the country’s charms; however, my ties to it make me question what pulls me. We all know love can be blind, right?! But over the years, I have met others without an inkling of history in Portugal equally enamored with it. Was there a bug that bit us all?

My recent visits to further explore Portugal have squashed that theory; there’s a more romantic twist. What these visits have revealed is that certain clichés are right on the money—some of the best gifts do come in small packages. So, it seems to me that’s it! Portugal is a small package STUFFED with diamonds, rubies and pearls; gems of all kinds that many of us are just (or still) discovering. The hidden gems of Portugal have the power to impress and surprise even lifelong visitors. I think I finally understand. Since I was a child, every new visit gave me the chance to dig deeper into this small box. And each and every time, I was presented with a special gift. I would leave thinking, what else is there? It became an addiction for me and others. Why? Because we’re not expecting it from this place; this is exactly the formula for a successful surprise. Portugal delivers precisely what we so often attempt to contrive in our day-to-day lives—genuine surprises!

During #douro14 (a blogger trip organized by the Institute of Port and Douro Wine), “surprises” became the running theme. They just kept on coming! The highlights:

Miradouro São Gabriel: When the trip organizers announced near Vila Nova de Foz Côa (Douro Superior) that we were stopping at a viewpoint with a historic chapel, I wasn’t quite prepared for the magnificence of this spot. They drove up, up and up (it seemed into the sky at nearly 600m in altitude) until we reached Miradouro São Gabriel (Saint Gabriel Viewpoint). At the top, we were welcomed by a wonderful weaving of the Côa Valley, vineyards, olive groves and almond orchards that stretch the sight as far as Spain. It was autumn then, so the almond trees weren’t in bloom. I’ll have to return (I’m already longing …) one spring to witness the spread of pink and white buds that are sure to be a stark contrast to the sculptures of schist and granite that nature showcases along the hills and mountains brushed by the Douro River.

In this breathtaking panorama also popped up clusters of villages and world-renowned wineries including Ramos-Pinto’s Quinta da Ervamoira, a sister “quinta” (winery) to Quinta do Bom Retiro where we spent a night. São Gabriel’s chapel is not alone. These hilltop chapels are commonplace throughout the Douro. In ancient times, the population built them at high points to be as close to the heavens as possible. They would trek up to pray for protection against thunderstorms, ailments and bad harvests. These days, they’re visited during ritual festivals.

Quinta do Vale Meão: One of the top treats of #douro14 was our chance to get up-close-and-personal with some of the most charismatic winemakers in Portugal. We were welcomed into their historical homes, invited to sit at the table for a taste of Portugal and spoiled with their best wines. These unforgettable and unique experiences are already stirring up inspiration for upcoming stories. But when it comes to surprises, Francisco Javier de Olazabal of Quinta do Vale Meão (a top five on this year’s Wine Spectator’s Top 100) definitely takes the trophy! Following a thorough tasting of top-notch wines and a traditional lunch of “Crème de Nabo” (turnip bisque), “Arroz de Pato” (duck rice) and “Castenhas com Mel” (chestnuts with honey) inside one of the houses that belonged to the Douro icon Antonia Adelaide Ferreira (Francisco is a descendent), we were taken on a tour of the property.

You’re probably picturing a lazy stroll through the vineyards. No. Or, a tranquil tractor ride of some kind. There was a ride, but it wasn’t tranquil. It was wine tour turned adventure sport! Let’s just say that if wine didn’t work out for Francisco, he’d have a future in off-roading. He packed our group of seven into his dusty jeep (It was one of those Wrangler, safari-looking things). He was supposed to take us on a brief tour of the property and then to the train station. Surprise! Instead of going straight, he went up. And I mean UP into the unpaved hilltops!!! Lucky me, and a few others, got to “sit” in the beltless back of the vehicle (fit for boxes, not people!) where every tremendous bump threatened to send us flying out of the rear door and rolling down into our next life. Honestly, I’ve never laughed so hard (You know, the fearing for your life, almost going to pee your pants kind of laugh). Despite the madness in that jeep, it was one of the most exhilarating moments of my life. Not because I haven’t been on bumpy rides before, but because I wasn’t expecting this legendary winemaker to go extreme off-roading this way. And the ultimate surprise—the purpose of the off-road adventure: it was to show us the inside of a serene family chapel nestled on a hill that also offered a birds-eye view of the quinta. Once we were out of the jeep, tranquility took over. I couldn’t of imagined feeling utter peace after that heart-stopping roller coaster ride up. What a way to wake up the senses! The genuine passion that Portuguese people transmit (often, unintentionally) is also partly what astonishes and enchants visitors.

Quinta da Romaneira: Viewing the striking terraced slopes of the Douro Valley on the river is magical (an experience from a previous trip). This time, our travels on the river weren’t blessed with fair weather, it was rainy and foggy. Not ideal for sight-seeing, but perfect for the mysterious ambiance that afternoon’s destination deserved. Breaks through the fog revealed bits of what we were missing—intricate terraces marked with Port wine family names and their magnificent manor houses. “That’s where we’re staying tonight,” someone pointed up. Wow, is all I remember thinking as I tried catching it with my camera before the fog enraptured it once more. “It’s the James Bond house,” someone cleverly named it. It disappeared …

Not much farther up, appeared a handful of men on a dock holding large black umbrellas. They were waiting to escort our group—very James Bond! Sheltering us from the rain as best they could, the men led us up and over train tracks. Once on the other side of the tracks, I stopped for a sec and pondered: wonder what train once used these rails … As I turned around to keep walking up—Vroooooooom, a train sped by. I stood there frozen and RELIEVED that I hadn’t decided to ponder while on the train tracks. Talk about surprises—and a rush! Up a rugged path and we were greeted by what seemed like a secret garden of trees—cypress, orange and fig—and wild flowers climbing up a worn stone building. This had movie set written all over it. The men with the umbrellas jumped into black jeeps and drove us up a narrow, stone path running parallel to steep valleys and vineyards.

After a candlelit dinner paired with exquisite Quinta da Romaneira wines, we spent the night in luxurious suites. Once a luxury hotel, the quinta is now reserved for special guests and events. The next morning, clear skies unveiled some of the most splendid views I have seen in the Douro Valley. For an idea of the grandeur of this place with 50 kilometers of road within the estate, which includes the vineyards and winery where these high-quality wines are produced; one of the most impressive pools in the Douro; a heliport and much more, see Photos and Video.

This trip taught me several things about Port and Douro wines, the Douro Valley and its people (more to come in 2015)—but ultimately it reaffirmed that Portugal still has so much more to give us. Beyond beautiful beaches and a diverse wine world, Portugal has the potential to present visitors with unexpected pleasures. At Catavino, we plan to keep sticking our heads inside this small package to find gifts in much need of unwrapping.

Cheers to a New Year!