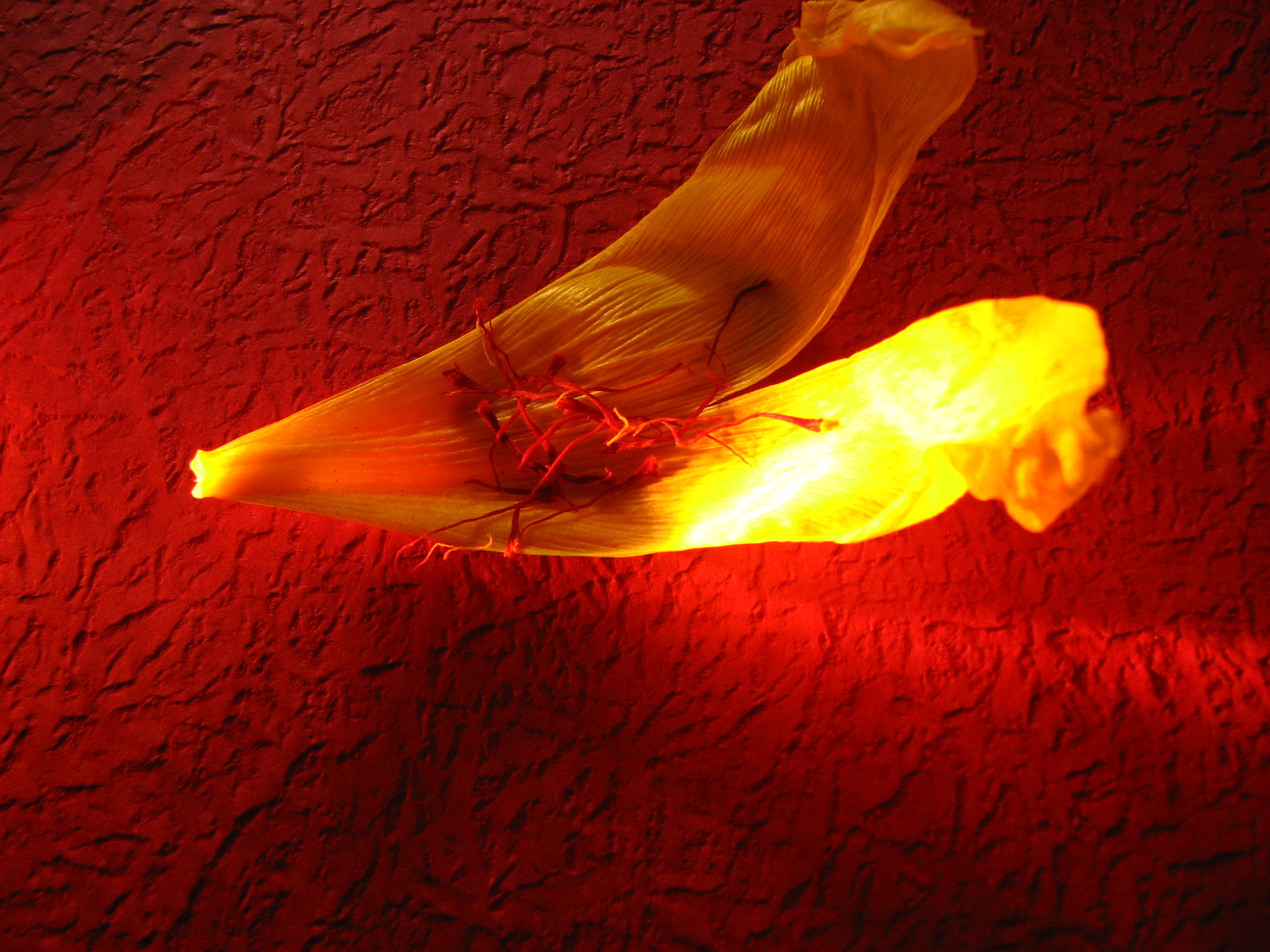 I love the flavors you get when cooking with Portuguese ingredients. I’ve learned that the food in Portugal can be intense, yet sophisticated. It bursts with flavors, yet somehow remains uncomplicated. How did a country, known for rustic cuisine, fuse exotic and foreign flavors so seamlessly that it’s become ingrained in their traditional cooking. For instance, take a bowl of meat and marinate it in crushed garlic and wine. What you’ll get is the beginning of Carne de Vinha d’Alhos, something that is unquestionably Portuguese; that is until you change that wine into vinegar and add chilies. Then it suddenly becomes one of the most popular Indian curry dishes around, Vindaloo. This is just one of the many influences that emerged from the nearly five-hundred years trade agreement between the two nations.

In 1497, Vasco da Gama set sail on a journey to the Oriente (east) on orders from Dom Manuel I de Portugal, the king of Portugal at the time. He wanted the Portuguese explorer to find a seafaring passage to India in order to cut out the middlemen in the Mediterranean who had exclusive control of the spice trade. What da Gama found was a direct path to the city of Calicut, also known as “The City of Spices”, once he sailed down the west coast of Africa, around the Cape of Good Hope, back up the eastern border and across the Indian Ocean. This meant that Portuguese hands got a firm hold on the spice trade and helped make Portugal the wealthy superpower that it was known for throughout the Age of Discovery.

It wasn’t all one way though. India benefited with goods from across the Portuguese empire being brought in and infused into the country’s culture. Portuguese architecture was adopted in many of the homes with the use of terracotta roofs and even the famous blue tiles, called azulejos. Interestingly, a special type of azulejo was made based on Indian textile patterns that featured Hindu symbols, animals, and plants called aves e ramagens (meaning ‘birds and branches’).

In food provisions, potatoes, tomatoes, cashews, squash, and various other fruits and vegetables were introduced to India thanks to the new trade route. Even chili and sweet peppers, now ubiquitous in Indian cuisine, weren’t available prior to The Discoveries. However, produce wasn’t the only foodstuff brought over. Libations such as wine (red and vinho verde) were introduced for both cooking and personal enjoyment.

Traditional cooking techniques were also left behind, such as the one used in vindaloo, a curry dish made with vinegar and garlic that not only marinates the meat in order to tenderize tough cheap cuts, but creates a tangy sauce that is infused with garlic flavor. The name, vindaloo, actually derives from the Portuguese words for wine (vinho) and garlic (alho). Portuguese meat wasn’t all that was used. In some dishes, the tradition of using blood and offal such as livers and hearts has left behind, what’s called sarapatel (which means “confusion”). Another would be the use of eggs in sweets like the Goan layered pudding bebinca, a dessert that would do any Portuguese sweet tooth proud.

On the Portuguese side of things, the number one influence is in the use of spices and the introduction of sweet oranges, acquired from the trade posts and brought to Europe. Now, Portuguese desserts like wine-soaked pears (a recipe that can be found in our book on Bolhao Market) clearly wouldn’t be the same without a stick of cinnamon and a few cloves. Neither would the pastel de nata, without that dusting of cinnamon that makes it one of the most famed most Portuguese pastries. And let’s not forget the bolos and bolinhos (cakes and cookies), traditionally garnished with orange zest and a pinch of cinnamon.

It doesn’t stop at the doces either. Curry, which often includes saffron, is rarely associated with Portuguese food, but they exist! One that can be found in nearly any café, or pastelaria, is my favorite petisco, the chamuça (samosa), usually found sandwiched between a crunchy rissol and a bolo de bacalhau. The strong curry and saffron filling is made with just a hint of heat and winds up being milder in Portuguese hands than you’d expect from something so very Indian.

In most cases, the Portuguese like to use strong Indian flavors in more subtle ways. A pinch of nutmeg here and a sprinkle of saffron there is all that’s usually needed to change the flavor base from a traditional Iberian taste to a new more global Portuguese flavor!

This is used in many desserts such as arroz doce (rice pudding), pasteis de nata, bolo de canela (cinnamon cake), and wine soaked pears. A cinnamon stick is also usually found in a jug of sangria.

Meats, marinades, and some sweet and salty sauces use cloves. Sometimes a clove or two can be found in sangria.

Found in mashed potatoes, bacalhau com natas (codfish with cream), with lamb and used in sauces for steak. Good in soufflés and some regional pastries.

Used in curry mixtures and is found in paella, fish dishes, and rice.

Boiled or roasted with chestnuts. Also sometimes used in drinks and some special breads.

Found in some soups and drinks, but is mostly used in more exotic cuisine.

Used in spice mixtures and used ground in many different dishes. It’s especially tasty with sauces for meat.