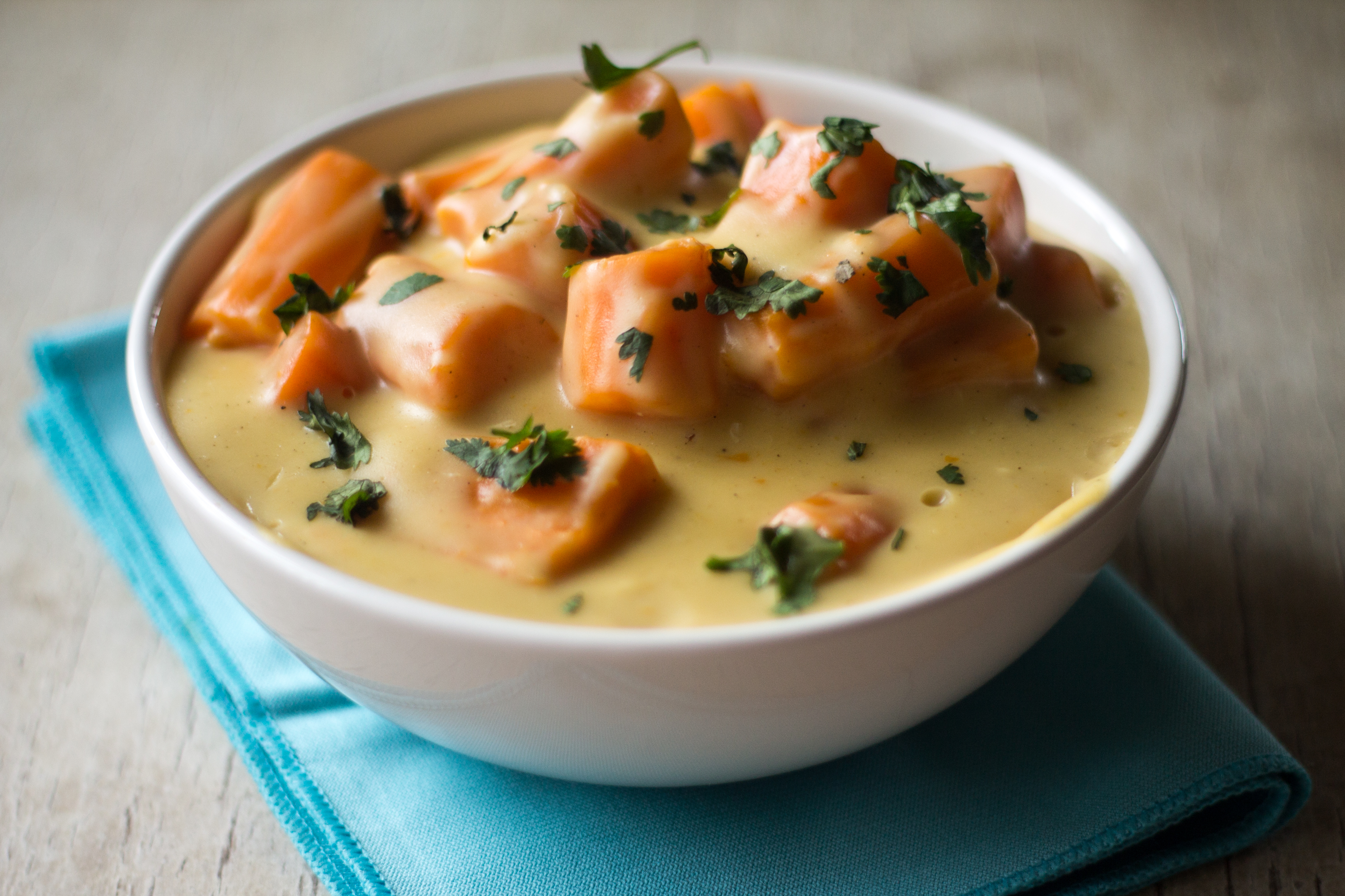 Like any good Americana, the smell of roasted root vegetables and spiced pumpkin are what I call the “scent” of autumn. It’s that smell that comes to mind when
the leaves gently metamorphous from green to burnt orange, maroon and mustard yellow; when the air takes on the bite of frost; when your wardrobe changes from thin to thick wool layers. In Portugal, the leaves don’t always take on that warm hue, or even acquire that nip in the air, but that rich smell of squash or tubers roasting in the oven is well known here.

While outside it may not look like fall, the varieties of abóbora (pumpkin or butternut squash), especially the winter ones more than make up for it with their own bright flavors. The Portuguese tend to like their orange and yellow squashes sweetened with sugar, boiled or blended smooth in soup. As well as the two aforementioned types, chila or gila (seven year melon) is another unique squash that is quite similar to spaghetti squash in texture. All of these are frequently used for sweet recipes like the traditional sonhos de abóbora for the Christmas season, in preserves like doce de abóbora, candied and stuffed into pastries, but sometimes you’ll get lucky and find it roasted alongside tender pork tenderloin.

Much like the gila, another squash that I never saw back in its native land (the US) is the xuxu (pronounced “shoo-shoo”, Chayote in English). This one has risen in popularity among those who enjoy thickened soups, by being a great substitute for the ever loved potato without the added carbs and calories.

This brings us to the potato (batata). This is one tuber that can be found in every cool, dry cellar from the northern most tip of the country to the beaches of the Algarve. It has been so fully incorporated into the cuisine of Portugal that you can find it in nearly every traditional dish you can think of from Cozido à Portugesea to batatas fritas (French fries or potato chips) to Bacalhau à Brás. The love for root vegetables in general, however, goes beyond all that and spreads into the realm of turnips, sweet potatoes and carrots.

Nabos (turnips) are used primarily for their tops in the winter and spring as they grow but once the tuber has developed they are good boiled and served with juicy meat and their drippings or mashed in with potatoes. Cenouras (carrots) on the other hand have been used for more than just an ingredient in a flavor base, it’s now a favorite as a standalone soup or side dish. This root has even become a common cold cure just by finely chopping, tossing with sugar to draw the juice out and then drunk to alleviate the symptoms.

Whether you equate the savory aroma of cooking roots and tubers or a sweet cinnamon spiced pumpkin treat with autumn, one thing is certain that Portugal doesn’t skimp on the flavor. They are well worth the effort in your kitchen or when traveling abroad!