The Art and Culture of Portugal’s Pastry Industry: A History Influenced by Wine! 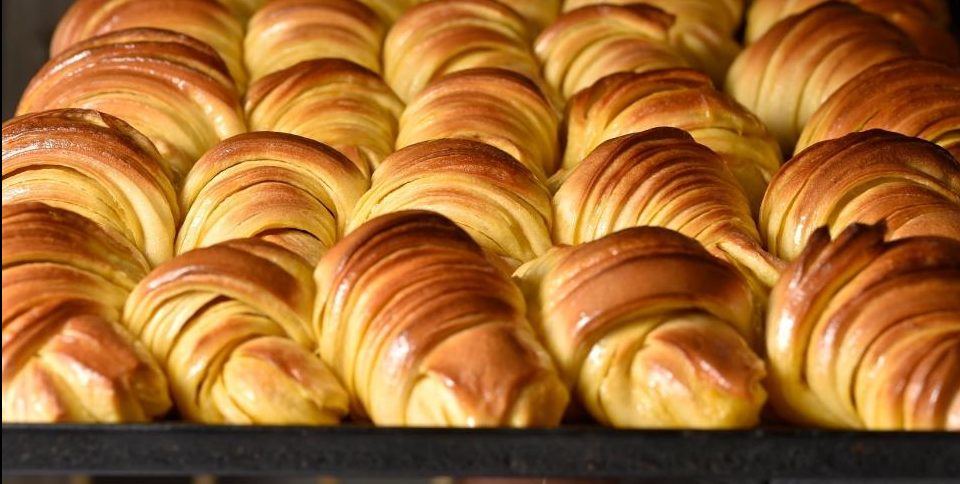 Throughout my time living in this deliciously diverse food and wine country, I’ve come to realize that the Portuguese have developed themselves as artisans in specific food and wine crafts. Port may be the most famous, but what is surprising to most people who have never been here is Portugal’s long tradition in pastry making, almost as old as Port production.

However, unlike Port made for export, you can only buy and consume Portugal’s wonderfully fresh pastries within the country and preferably on the same day they were made. Not a day goes by here that you can’t walk down the streets early in the morning light without the mouth-watering aroma of freshly baked bread and pastries wafting through the air. Pastelerias occupy every corner in every city of Portugal, serving up the same variety of house-made savory and sweet pastries, breads and cookies. And the most enticing part is that Portuguese food is incredibly affordable, making the price-to-value ratio much better than any expensive haute Parisian bakery!

So how do the Portuguese pump out such a huge quantity of quality-made pastries everyday and sell them for low prices? This recently came up during a meeting I had with ViniPortugal’s President, Vasco da Avillez, a knowledgeable and fantastic storyteller. “The origin of Portugal’s pastry industry”, he explained, “actually came from wine!” Almost all the pastries are made from three basic ingredients: sugar, cinnamon and egg yolks. The first two were easy to get from Portugal’s former colonies in Brazil and the like; but as far as egg yolks, the main reason comes from the country’s old history of winemaking.

When wine (Port) started being exported abroad, the Portuguese found that wine consumers were preferring filtered wine, which gave a more clear and refined flavor. After experimenting with different filtering techniques, they concluded that using egg whites produced the best results. What was left, of course, were all the egg yolks! So what better way to use them with sugar and cinnamon to make some extra money by producing pastries! Another interesting source for the excess egg yolks came from the many convents during that time. The nuns found that using 3 egg whites for ironing their habits made for perfectly pressed linen. So they too started producing pastries, such as the very eggy Pão-do-Ló, offering them as gifts for passing visitors and charitable donors.

From discerning wine drinkers, pastry production in Portugal is now part of their culinary heritage, with a tradition of recipes passed down word of mouth from mothers to daughters and grandmothers to granddaughters in family-run pastelerias. Other than the most famous Portuguese egg custard pastry, Pastel de Nata, some popular pastries also include French-inspired Palmiers, Napoleões (Napoleans) and Croissants (albeit more brioche in style), as well as interestingly-named pastries like Pao de Deu (Bread of God), Jesuita (Jesuit) and Pata de Veado (Deer Hoof).

One of my favorite pastelerias in Campo de Ourique is Pastelaria Lomar, which sells not only traditional selections, but also mini-versions of them, so I don’t feel too guilty coming almost every day. They are also known by the locals as having some of the best Portuguese coffee, popular to drink with pastries since breakfast is rush hour at pastelerias (however freshly squeezed orange juice, Port and Moscatel are favorites to drink later on). Like most customers, I have my usual, which is actually a savory Portuguese pastry, either being a Merenda (ham and cheese pastry) or a Folhado de Carne (meat turnover). To drink, I alternate between “cafe com leite” or cafe pingado (espresso with a drop of milk).

It’s a common understanding that visiting Portugal would not be complete without tasting its famous Port and wonderful wines, but I have to add that it would equally be incomplete without experiencing its delicious pastries. Such a consistent selection of quality baked goods that you can enjoy every day without doing damage to your wallet is something unique to this country and is hard to find anywhere else in the world. For this, I think that’s worth the trip. But if you’re keen for a sweet tour of Portugal, let us know! We’d be happy to tantalize your tastebuds with something unctuous, sweet and delicious!