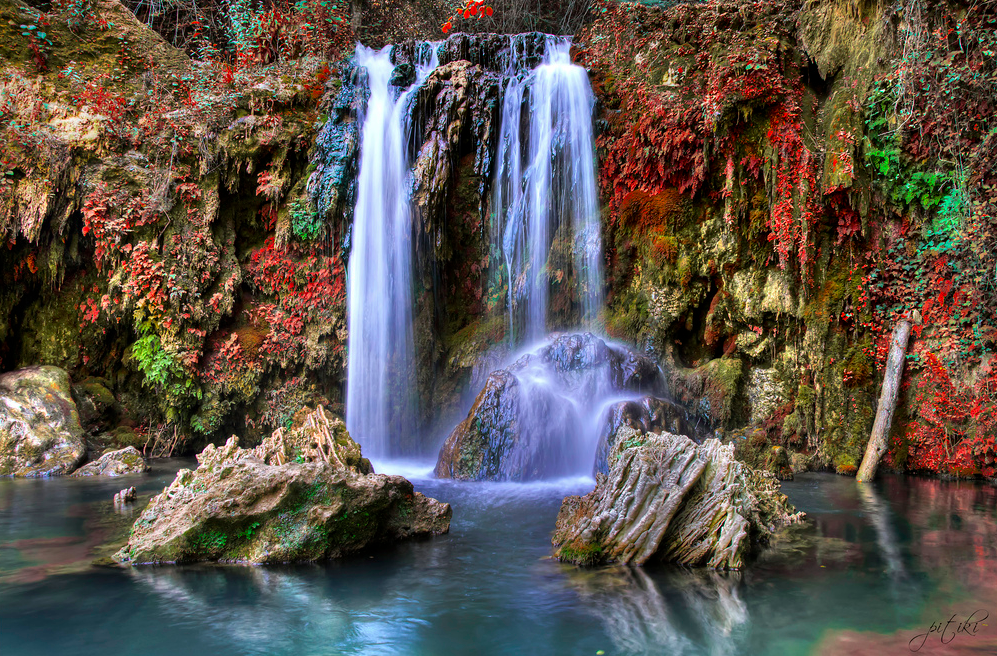 Beyond the urban hive of Barcelona, the natural wonders of Catalunya await. Mountains, vineyards, forests, and coastlines; the region has it all! Hiking is a popular pastime here and should be at the top of the list for any visitor with a passion for both recreation and authentic cuisine, as the best hiking destinations traverse towns and villages of incredible cultural and gastronomic importance.

Hikes near Barcelona
Capturing the food culture of Barcelona in a lone paragraph is impossible, as it would be for the complex culinary history of any region. Let’s just say that in this amazing city there is a wealth of gastronomic experiences at your fingertips, with endless flavors to explore. You’ll taste the food, drink the wine, see the sights, and soak up the sun, but when nature calls, a short trip out of the city, full of impressive views and lush greenery, is just the ticket.

One of Barcelona’s greatest natural assets — and one that is rarely experienced by short-stay visitors— is the Parque Natural de la Sierra de Collserola. The park covers over 8,000 hectares of green, mountainous terrain at the inland limits of Barcelona (the green hills visible from nearly every part of the city) and is very easily accessible, making it a popular place for residents to run, bike, walk, and picnic. To access the many foot paths and the useful information center, head up to Baixador de Vallvidrera from Plaça Catalunya (use one of the FGC train lines) and inhale a breathe of fresh air. If you’re a mushroom lover, there are heaps of gastronomic tours available to distinguish which of Catalunya’s flavorful fungi are available for the eating. (Photo by Ferran Jordà)

Hikes around the La Garrotxa (Besalú)

La Garrotxa, an area of northern Catalunya within the province of Girona, which butts up against the plains of the Empordà and the mountains of Rippolés, is a land of fertile, volcanic soil renowned for its unique landscape and rich culinary tradition. After an exquisitely scenic hike through the forests of this Medieval county, feast on local specialties such as aged, raw sheep’s milk cheeses (“Serrat” and “La Bauma Carrat Borreda” are some of the most famous), various cured meats (notably “Piumoc”, a hard salami made from pork ribs), suckling lamb, beans, peas, turnips, and the local herbal liqueur, Ratafia. Of all the towns in La Garrotxa, the beautifully-preserved medieval village of Besalú is a must-visit—both for the charming ambiance and the excellent restaurant options. Check out Can Quei and Curía Reial for a leisurely Catalan lunch.

One of the most picturesque hikes through the Parc natural de la Zona Volcànica de la Garrotxa stretches from Sadernes to the monastery of Sant Aniol d’Aguja. Sadernes is a mere 25-minute drive from Besalú, and this 10 km round-trip route (which is quite easy) takes you along a quiet river valley up into the zone of the “Alta Garrotxa.”The park has many trails and if you fancy a longer/more challenging hike (a moderate rating), choose the route which includes the Puig de Bassegoda, one of the most emblematic mountain peaks of the region. From this vantage point, you’ll enjoy a stunning view of the Pyrenees and surrounding terrain.

Hikes in the Costa Brava (Cadaqués)
No trip to the Empordà region of Catalunya (within the province of Girona) would be complete without a visit to the gorgeous and enchanting seaside town of Cadaqués, famous not only for its old streets and whitewashed walls, but also for its location within the Cap de Creus Natural Park. Cap de Creus is a rock peninsula formed by the Pyrenees Mountains as they finally meet the Mediterranean at the most easterly point in Spain. The natural park —which extends above and below the cove of Cadaqués, is accessible by car via a paved road, and by foot on the old Camí de Ronda, a coastal path that leads from the town of Port Bou on the Spanish side of the French border all the way down to the town of Blanes some 235 km later.

From the late 1800s until after the Spanish Civil War, the Camí de Ronda once served as a foot path for government bodies to police contraband and black market activity along the Costa Brava. The stretch of this route that leads from Cadaqués to the famous Cap de Creus lighthouse is about 7.3 km each way, taking a total of 4.5-5 hours to complete at a moderate pace. The Cap de Creus restaurant has been a local institution for 20 years, but with long waits in the high season, if you don’t have a reservation, you’re better off eating back in Cadaqués. Regardless, a cold beer or coffee on their terrace is the perfect way to enjoy the incredible views of the peninsula before embarking on the return trek. (Photo by Ramirez de Gea)

Hikes in the Pyrenees (Val d’Aran)
Though within the limits of the Catalan province of Lleida, the mountainous region of the Val d’Aran — which borders France, high in the central Pyrenees — is very closely tied to the food and culture of Gascony. This is the very definition of Mountain cuisine, with typical dishes, ingredients, and flavors of the Val a’Aran that include patés, foie gras, roasted and stewed wild game, cured meats, and cow milk cheese (protected under the D.O Val a’Aran). Whereas southern France is famous for oil and northern France is known for butter, this terrain —which stretches from the middle of the Pyrenees mountain chain to the Atlantic Bay of Biscay — is the land of lard. Dishes cooked in duck and goose fat represent some of the most beloved recipes of the region, and the Val a’Aran has absorbed much of this tradition. However, the cuisine of the Val d’Aran reflects some Catalan influences, as well, mainly the embutits (cured meats). In the capital city of Viella Mitg Arán (also known as Vielha), all of these rich delicacies (and another local favorite, cassis liqueur) are plentiful and can be found with ease.

Moreover, this wide valley is one of the best ski areas in all of Spain, but that doesn’t mean it is a “winter only” destination. Spring, Summer, and Fall are all great times to explore these picturesque peaks and quaint alpine towns. Of the many hiking routes available in the Val d’Aran, one of the best is the “Setau Sagèth,” a five-stage hike that winds through the mountains, taking trekkers through virtually all of the sites and towns of historical interest and natural splendor. The total trail is 103 km long and can be completed in five days with hotels and lodging along the way (though it can also be enjoyed in stand-alone segments). Yet another route with scenic and varied landscapes awaits as you step onto the Camin Reiau (Royal Path), a 150 km path that was used originally by the Romans and connects all 33 of the villages of the Val d’Aran. This route can be conquered through a multi-day commitment, but can also be done in independent leisurely day hikes. (Photo by Jordi Corominas)

Hiking in Catalunya is by no means limited to the North. In the southern province of Tarragona, you’ll discover terrific hiking opportunities around the enchanting medieval town of Montblanc, with its old city center, impressive Basilica of Santa María la Mayor, and its unique Tarragonés gastronomic tradition. Many treasured culinary facets of Catalan life derive from Tarragona, including vermouth (in the nearby town of Reus), and the famous calçots of Valls (a grilled spring onion that is a must-try local specialty). In addition to the local vermouth, excellent red wines from the D.O Priorat region (just an hour south) and the D.O Conca de Barberà (within which Montblanc is located) are readily available. For an extra special local libation, sample one of the Conca de Barberà’s 100% trepat wines — a red varietal with elegant red fruit aromas and a slight spice on the tongue (look for a wine called Cuca de Llum, made by the Succés Vinícola).

Of all the trails and hikes available in the inland regions of Alt Camp, Conca de Barberà and Urgell, the Ruta dels Cisters (The Cistercian Route) is a true gem. This 105 km route (also known simply as Gran Recorrido 175, or GR 175) is ideal for casual hikers and mountain bikers alike, and its name pays homage to the three magnificent Cistercian Order monasteries it connects. When traveling by foot, through the forest paths, lush vineyards, and expansive fields between the monasteries of Santes Creus, Poblet, and Vallbona de les Monges, you can really absorb the culture and tradition of this ancient land. The path can be done in stages, in its entirety or merely in parts. Starting and ending in Montblanc, the Ruta dels Cisters is a unique view into the old world of Tarragona’s interior.

If you’re keen for a customized hiking and foodie adventure, don’t hesitate to contact us! We’d love nothing more to guide you to our favorite gems deep within the mountains of Catalunya!