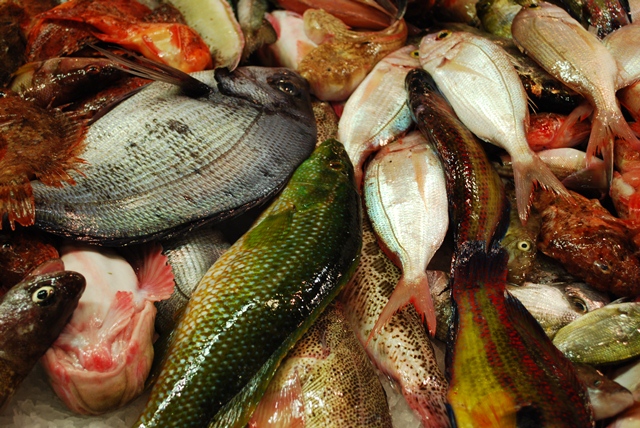 Approaching the traditional Spanish culinary table conjures images of manchego cheese, gazpacho, calamares fritos (fried calamari), jamón iberico, gambas ajillo (shrimp with garlic), and tortilla española. Taking a seat at the traditional Mallorcan table, rarely does one find any of these. The sordid and universal history of Mallorca has served to provide the island with an eclectic and diverse gastronomy. It may not be conventionally Spanish, but it is delicious nonetheless.

Mallorcan cuisine is a pleasant mix of fresh produce from the land and the sea. Until tourism took center stage, agriculture, fishing, and livestock farming were the primary activities on the island. It’s location in the Mediterranean forced self-sufficiency and the use of the island’s natural resources became paramount. This meant an increase in the cultivation of cereals, wine, olives, and almonds. As a matter of fact, the island boasts more than four million almond and olive trees. In addition to these, a trip to Mallorca would not be complete without enjoying some of the islands most delicious treasures.

The best way to immerse oneself into a city’s food culture is to visit its gastronomic center – the market. I however, decided to take this one step further. Every Monday through Saturday morning at 6:00am locals (and on occasion the random curious tourist) crowd two sets of bleachers inside “Sa Llotja del Peix,” a waterfront warehouse filled with chefs and market stall owners anxious to walk away with the prior evening´s freshest catch at the lowest price. This is Mallorca´s daily fish auction, and it is an incredible sight to behold. Containers of fish, shellfish, and almost type of seafood imaginable are whisked down a conveyer belt until they find a place under the spotlight – a screen displaying the boat, type of seafood, weight, and starting bid price. The price begins dropping until one of the bidders hits a button on their personal device to signify what they are willing to pay. The container is then moved to the palate of the new owner. This goes on for hours and is a blast to watch. Even at 6:00am it made me hungry for seafood!

The palates are then loaded into refrigerated trucks and taken to their new home – one of the many restaurants dotting the cityscape or Mercat Olivar (Olivar Market). Approximately one half of the market is occupied by fishmongers selling their prized seafood from the morning’s auction. From the obvious to the absurd, this is the best place to come to gaze at the amazing bounty hauled in from the local waters. The remainder of the market houses multitudes of fresh fruit and vegetables, charcuteries filled with cured meats and the like from Mallorca and the mainland, and cheeses from all around the Balearics as well as the peninsula. Although some of the islands best is found here do not neglect the amazing shops found along the main and side streets of the city. Of particular note are Forn de Teatres (pastries), Son Vivot (Sobrassada, wines, and local liquors), and Sa Formatgeria (cheese from the Balearic Islands).

In addition to amazing seafood, fresh fruits and vegetables, and divine cheeses, Mallorca has become world-famous for two of its most amazing delicacies: sobrassada and the ensaïmada (sometimes eaten together). Sobrassada is the pride of Mallorca. To make sobrassada the best quality pork is chopped and a small amount of pork fat added along with generous amounts of paprika, cayenne pepper (added by some to make it hot), and salt. Once mixed, the concoction is stuffed into intestines. It is then hung from a pole for several weeks where it is left to cure. Due to the high humidity and mild cold the sobrassada never fully cures and maintains is smooth and almost creamy texture. Scoop it out and eat it plain, fry it with eggs, spread it on bread, and try it on an ensaïmada. This is one amazing and versatile sausage!

Not to be outdone by the fame of sobrassada is the delectable ensaïmada, a coiled sweet pastry made from flour, sugar, yeast, eggs, and lard (saïm in Catalan). Legend has it that a Jewish pastry baker offered King Jaume I this pastry during the Mallorcan conquest. Whether or not this tale is true I am thankful it made its way to the island. Ensaïmadas today are still made according to the traditional recipe but now may include any number of fillings: cabello de angel (a preserve made of strands of pumpkin in syrup), slices of sobrassada and pumpkin or apricot, custard, cream, turrón, chocolate, or almond. Regardless of the flavor that favors you, these pastries are light, flaky, and incredibly addictive. If you don´t get your fill while in the city, then stop by the ensaïmada store in the Mallorca airport. If that doesn´t do it for you then try your hand at making your own.

This island is truly a food-lovers paradise. Whether you are a carnivore or a vegetarian, there is something for everything here. The Mallorcan table includes a plethora of meats including fish, shellfish, rabbit, lamb, pork, and chicken; but vegetables also play a significant part in the local diet. Following is the Mallorcan version of French ratatouille, called tumbet. This popular dish can be served as a side or a main dish.

An envious place to live as well as eat, Mallorca provides a food experience not soon forgotten. From traditional Mallorcan fare available in market stalls to tapas hot spots with views of the marina, one certainly won’t go hungry during a visit here. So hop a flight, grab a seat at the table, and eat Mallorca!